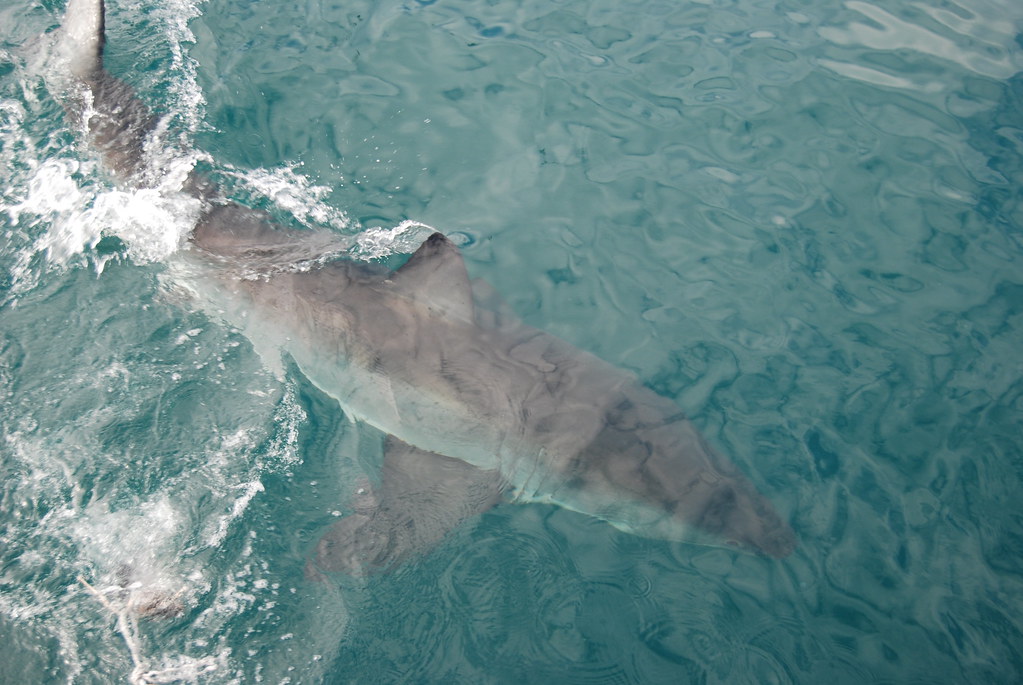 The underwater world is teeming with thousands of creatures, but this does not stop humans from exploring it or halting water sports activities. However, the fear of the scary giant beasts, the sharks, is real, and it prevents people from exploring the wonders of deep oceans. But only those who have the thrill and like to experience the adventure never stops.

A trip to the underwater world is mesmerizing, but an even more captivating experience is exploring a shark in its natural environment. Owing to the threat and danger associated with them, it’s always a good idea if you know how can you tell if a shark is near.

Living in the world’s oceans for thousands of years, and ever since their existence, sharks are dominating the aquatic environment. As top predators, they hardly have any competition except for the killer whales, which confront them on rare occasions. Other than that, sharks don’t find it hard at all to rule over the other creatures.

The human perception of a shark is of the dangerous beast with a large mouth containing hundreds of serrated teeth, capable of tearing apart humans into pieces. While this may be true for a few species, such as the great white, not all sharks share the same attributes. Remember that there are over 500 species of sharks found around the world’s oceans, and each one of them is different in terms of size, shape, color, and behavior.

However, when it comes to great white sharks, with a length of around 20 feet, it makes the largest predatory shark. Other than that, it is also considered the most dangerous species of all, with the greatest number of attacks on humans, followed by tiger and bull sharks, respectively.

The threat is real, but the more you learn about sharks, the more it fascinates. While some head to the public aquariums to see sharks, many dived into the water and tried to understand their natural habitat and behavior. There are certain shark species that let you swim alongside them, and you feel no danger. But at the same time, aggressive sharks also swim around.

No doubt, sharks have an integral role to play when you look at the recent boost in ecotourism, but the risk is there. Keep in mind that shark attacks can prove to be fatal and take your life in seconds. Just look at their teeth, and you would never want to come in between them.

This article provides you the opportunity to learn how you would find out if a shark is near. So stick to it and also share the information with other shark enthusiasts.

How can you tell if there is a shark nearby?

Oceans around the world are home to sharks. Therefore, chances are, you will come across them in one way or another. There are several species of sharks who prefer to swim in deep waters and are unlikely to come in contact with humans. At the same time, many species prefer to swim in coastal areas where there is more human activity involved.

Not all sharks are aggressive, but they all have the tendency to attack in case provoked. So, it’s always good to know if any shark is nearby so you can take safety precautions before there is any damage done.

Well, researchers believed that there are certain signs that if you look for them, you can spot a shark coming your way. Let’s get to know about such signs and see how they help.

These are a few signs that can alert you of a shark coming to your side. Here, what matters is that you are able to identify the shark and not take it as any other aquatic creature. Besides, you should also know when the shark attacks so you can brace yourself for what you may encounter in the water.

What to do if a shark is near you?

It is rare for sharks to attack humans, but when they do, they frequently cause severe and sometimes fatal injuries resulting in death. Whenever you see a shark while diving or snorkeling, you shouldn’t panic at all; instead, remain calm and try to escape. Slowly swim backward toward shore while avoiding thrashing and splashing around. Stay away from the shore for a while after you get out of the water.

Around the world, water sports and aquatic recreation are popular, as are shark diving and similar activities. However, the fear of shark attacks often keeps people away from enjoying such activities, but you shouldn’t be afraid as much. If you keep your eyes and ears open, you may be able to sense the presence of a shark before it actually approaches.