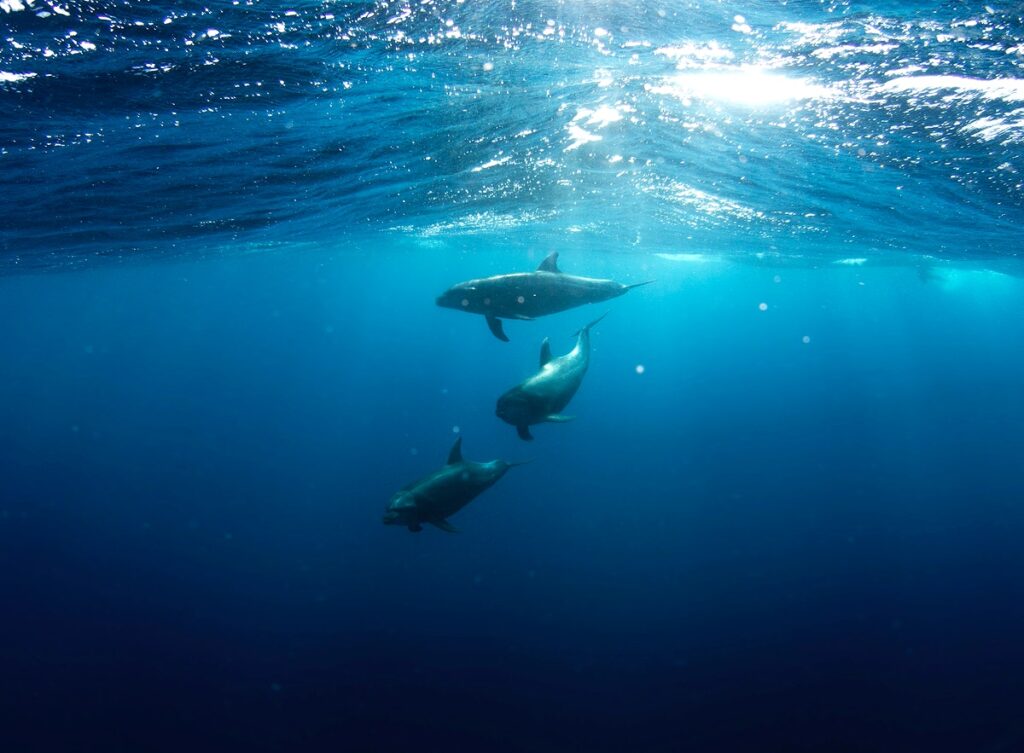 The Great White Shark is the king of all the Shark Family. Out of all shark species, The Great White Sharks or White Pointers are the largest, most dangerous, most powerful, and most skilled creatures existing in the depths of oceans. They are the most long-lived cartilaginous fishes with about 70 years of life span.

The Great White Sharks are equipped with some extraordinary senses that make them superior to others. Their sense of smell is something almost unreal. They are capable of smelling blood in 100L of water and sensing it from a distance of 5 kilometers. They are well-known because of their teeth. Their large mouths contain up to 300 huge and pointy teeth at a time which makes them the most skilled predators of the ocean.

As stated earlier, they are the largest of all shark species; the huge great white shark is about 7 meters or 23 feet long with a weight of more than 6500 pounds which is not so very common. Another exciting fact about them is that their females are even longer than their males, increasing them in length. With this much huge weight, they are the most proficient swimmers, which seems like a mystery that is still unsolved.

The Great White Sharks are slow breeders; that’s why they are markedly endangered. It is because their growing phase is quite long, which is about 9 to 10 years. But the maturing period is longer than that of the growing phase. According to recent research, male great white sharks require almost 26 years to attain sexual maturity, while female great sharks take about 33 years to reach sexual maturity.

Female great white sharks may breed every 2 years and their gestation period is the longest among most of the world’s species, but it gives birth to just 2-10 liters. On the other hand, great white sharks confront many death threats from humans; that’s why in some countries, these white sharks are legally protected. These are the prime reasons that push this incredible species towards extinction.

Are the great white sharks ovoviviparous?

The Great White Sharks are exclusively ovoviviparous, which means they give birth through ovoviviparity. The courtship behavior is the same as in other sharks in which a male shark tightly holds a female shark and bites her while performing insemination at the same time. In the ovoviviparity method of reproduction, the young pup develops into an egg, but the female shark doesn’t lay an egg outside of her body. Instead, the baby shark hatches inside the womb and enters the developing phase.

In the race for survival and for the sake of nutrition, the fertilized egg or the developing pup starts eating their unfertilized siblings, which helps him in gaining more strength and power. This process is generally known as Oophagy which means the eating of eggs. Because of engaging in oophagy, the baby shark is capable of bearing independently.

The Great White Sharks usually have a prolonged gestation period, which ranges from 12 to 18 months. Even after this long conception period, they give birth to only 2-10 shark pups. However, some studies confirm that they are found to be carrying around 17 pups at a time. Female white sharks are supposed to reproduce at a bit higher temperature than usual and in subtropical waters.

At the time of birth, shark pups measure 5 feet and weigh about 77 Kilograms. The great white shark females engage in the process of reproduction every other year after having some rest. The great white sharks are slow-growing marine creatures and reach maturity at a very later stage of life. The slow breeding process and long gestation period are what push them toward the verge of extinction.

Survival after the birth

As stated earlier, these shark pups are born independently. After giving birth, the mother white shark deposits them in a safe region or nursery where the survival of the fittest starts and they grow up into great white sharks. The baby sharks gain enough strength from the process of oophagy and brace themselves to survive on their own.

The young shark pups are born ready to swim and find nutrition for their further growth by predating smaller marine animals. After spending the starting years of life, they leave that place and start splashing in the depths of the oceans with the help of their incredible lune-shaped tail.

The Great White Sharks are the most incredible marine fish existing in the marine world. The alarming thing is that these phenomenal species are threatened worldwide and are now considered as vulnerable to extinction.

The white sharks reproduce through ovoviviparity, but they are extremely slow-growing sharks and slow breeders with a prolonged gestation period of almost 12 to 18 months which puts them on the list of endangered animals. They play a pivotal role in maintaining our ecosystem, which is why they should be legally protected, and governments of different countries must ensure their protection.