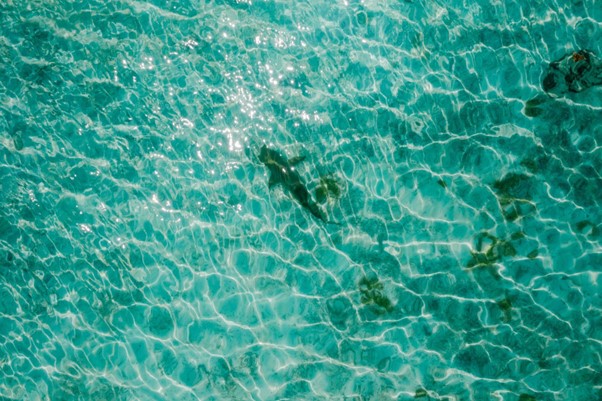 How close to shore sharks can come? It is the most common question asked by visitors because many aspects determine where you are more likely to spot sharks! If you survey the regions where sharks are abundantly present, then you might get a clear imprint that sharks prefer to thrive in the coastal waters.

Let’s go through the article to know how close to shores sharks come and what makes them come near the shore.

How Close to Shores Do Sharks Come?

Sharks are living abundantly in the coastal waters of seas and oceans. According to the reports, sharks come 60 to 100 feet close to the shore. The studies conducted by The Florida Museum of Natural History reported that many shark attack cases have occurred between 6 to 10 feet close to the coastal water. However, it has also been observed that some sharks can swim at a distance of just 1 to 2 kilometres away from the coastline. Well, this movement and behaviour of sharks depend on species, size, and the factors which make them do so!

Why Do Sharks Swim Close to Shoreline?

We all know that sharks are the deep divers of the extended oceans, but they are also spotted swimming and floating near the shoreline because the water is warmer near the coast which will attract them a lot. Secondly, there is an abundant variety of foodstuff available for sharks.

The most important reason is that near the coastline, some shark species such as Sandbar sharks, Black-tip sharks, hammerhead sharks, and bull sharks move near the shore area to give birth to their young pups. The coastline provides a safe place for the nurseries and the young ones remain there until they reach adulthood.

When Do Sharks Come Closer to the Shorelines?

Sharks are spotted swimming at any hour of the day either dawn, dusk, or night when the water is warm. During the summer season, sharks mostly approach the coastline because the female sharks give birth to the young ones during this time of the year. They visit the shoreline when they are hungry and are in need to search for a good food item to feed on. That’s why they are commonly spotted near the shoreline by visitors.

Which Shark Species Are Mostly Spotted near the Shores?

Sharks come near the shores frequently in the search of food, to give birth, and to spend time in warm waters and as they are cold-blooded animals, they absorb heat directly from the sun. We have shortlisted some of the sharks that are mostly seen by visitors.

Do Sharks Attack Near the Shore?

Yes! Sometimes sharks are seen so close to the shore that they can easily attack people. The overcrowded beaches make sharks uncomfortable and feel threatened, so the chances of sharks attacking people are higher if they go closer to the shoreline where most of the sharks are. Sharks may attack due to mistaken identity or out of curiosity.

How to Avoid Shark Encounters near the Shoreline?

Following are the ways to avoid sharks attacking near the shore:

Sharks are the deep swimmers of the ocean, but they also seem to wander near the shoreline. As sharks are cold-blooded animals, the warm water of the coast appeals to them the most, other than that, there is a diversity of food available near the coastline. Due to these reasons, sharks are spotted 60 to 100 feet close to the shore! There is no fixed time for sharks to visit, they are free to approach the shoreline whenever they want to!