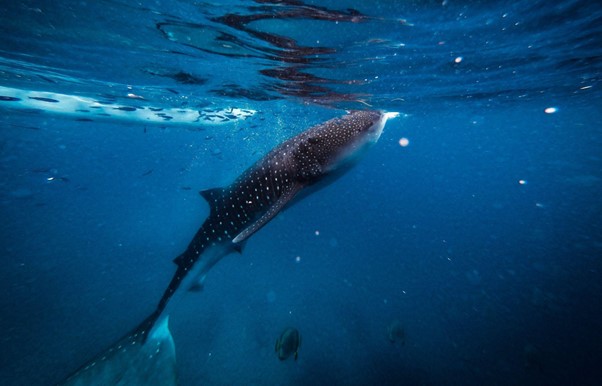 For a long time, people had been believing that sharks cannot stop swimming, if they do so;  they will probably die. Well, the reality lies a bit away, some species of sharks undergo unique adaptations and skip swimming for a small period of time without dying. Moreover, these adaptions help them to walk on the land as well. Remember that only a few species are able to quit swimming.

So, is it true that sharks always keep on moving to keep themselves alive? Let’s find out the reality behind it.

Why Do Sharks Continually Swim?

The sharks are the most active creatures of the oceans and they continue to swim to keep themselves alive. There are 2 important reasons behind this behavior of sharks:

The first and foremost is that, like other mammals, sharks also need oxygen to breathe. They do not respire on the atmospheric oxygen for their survival in fact they extract oxygen from the water waves with the help of respiratory apparatus – the gills. You must be thinking about how gills provide excess oxygen to sharks. Right? Sharks move continuously and throw water over the gills which extract oxygen from the water enough for the shark’s respiration.

The other reason is that sharks do not have a swim bladder, they have large livers which provide them buoyancy to adjust the buoyant force, and they need to swim continuously. Moreover, swimming provides sharks a lift that prevents sharks from sinking down to the bottom of the ocean – the mechanism is the same as the wings of an airplane providing lift and keeping the plane in balance. Got it?

Do Sharks Drown if they quit swimming?

Many species of sharks may die if they stop swimming by drowning in the ocean water. The reason is that they have giant and heavy bodies which may sink if they quit swimming. Even when they are sleeping, they must have to pass on water current over their gills to obtain oxygen and constantly move forward to prevent themselves from drowning.

How Do Sharks Breathe While Swimming?

There are around 500 or above species of sharks, they all require oxygen for breathing but the mechanism is not the same, the breathing pattern depends upon the type of shark species. Let’s see which types of breathing patterns sharks adapt:

Sharks, especially the earliest species adapt the mechanism of buccal pumping – they are blessed by a special form of muscles called the buccal muscles which help to draw water over the pair of gills and into the mouth for the exchange of gases. Most modern sharks also exhibit this phenomenon such as Nurse Shark and Carpet shark – the bottom dweller species.

Some species of sharks such as Angel sharks bear small openings called spiracles, located on the front of their head. The spiracles pull the flow of water over the gills and provide the sharks with enough oxygen to breathe. You can find these sharks either near the floor of the ocean or hidden in the sand or mud.

Shark species such as Tiger sharks, Lemon sharks, and Sand tiger sharks have evolved over a period of time and adapted to the special mechanism of breathing – the ram ventilation. Sharks swim at extremely high speed and pump the water over the gills by spending less energy and allowing more oxygen to enter the gas exchange system. Furthermore, some species undergo an obligate ram ventilation mechanism in which they move in a forward direction to breathe. The Great White sharks, Whale sharks, Hammerhead sharks, and Mako sharks breathe by this method.

Sharks are the iconic creature of the ocean and they are found actively swimming in the open water with constant motion. They continually swim to obtain oxygen by passing water flow over their gills. If they stop swimming then they will not be able to extract oxygen from the water and die due to suffocation or may sink to the bottom of the ocean. To stay alive, sharks adapt different breathing mechanisms to breathe under the water.