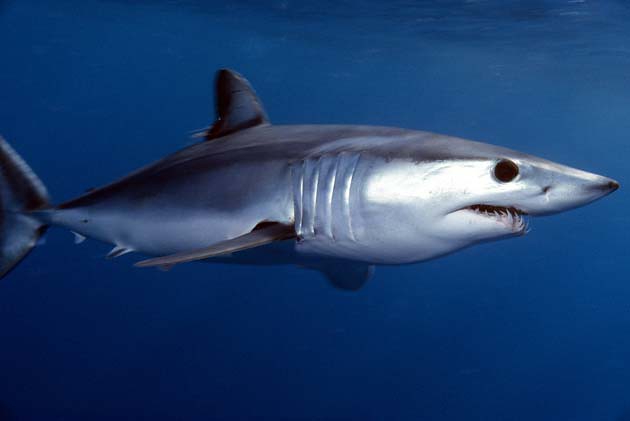 Sharks are always found wandering in the ocean water for the search of food normally at the speed of 1.5 kph but there are some species of sharks that swim faster than other species. Do you know who they are? The Mako sharks! They are the fastest known species in the shark’s realm. The Mako sharks are found living in the warm water of the tropical and temperate regions, they prefer deep ocean water rather than coastal waters. These sharks are titled the Cheetahs of the ocean, so how fast can a Mako shark swim? Let’s dive with us into the article to explore more about the speedy burst of the Mako shark!

How Fast Can Mako Shark Swim?

The Mako sharks possess many features which help them to swim in the ocean water at a fast speed. Some are listed here:

The sharks do not have bones, instead, they have cartilage which allows the sharks to swim with agility and swiftly throughout the ocean.

Another prominent feature is the presence of tiny flexible scales on the skin called the dermal denticles, made up of crystalline minerals. The denticles control the flow of water over the body and reduce resistance, thus allowing Mako sharks to swim at a fast speed.

The biological adaptability of Mako sharks which plays a key role to be the fastest sharks in the open water is the endothermic body. They are capable of maintaining their body temperature, which is why the sharks keep their body temperature normally high with respect to the surrounding water. The shark stores body heat in the form of energy which helps them to efficiently swim through the water by using their muscles.

The Mako sharks are not only fast swimmers but also able to change their direction in seconds. Being speedy swimmers and ability to maneuver the flow of water in seconds makes the Mako sharks the top predator of the oceans.

The Mako sharks are known as the fastest species of sharks. The Short-fin Mako sharks are the fastest among all the sharks in the oceans and seas. The Mako sharks can swim at a maximum speed of 45 mph (miles per hour) or 70 kph (kilometer per hour). Many adaptive features allow the shark species to swim with extremely fast speed such as the cartilaginous body, dermal denticles on their skin and the endothermic body helps them to swim swiftly and make sharp turns. This exceptional capability of Mako sharks makes them the apex predator of the oceanic world!