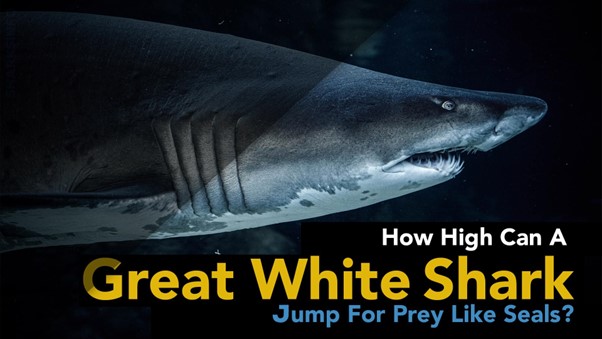 Won’t it be amazing to see sharks leaping out of the water? Great white sharks are known for their predatory nature but the most interesting part is that these sharks even jump out of the water to prey on seals. Let’s find out how high they can jump with the size of their bodies.

Can sharks jump out of the water?

Yes, sharks do jump out of the water, either as fun or to catch prey like seals. This moment is less observed as sharks need to put a lot of effort to propel themselves out of the water but this scene can be seen in the regions of South Africa, Australia, North America, and New Zealand.

How high can a great white shark jump for prey like seals?

This remarkable behavior of jumping out of the water is known as breaching, and great white sharks use it to catch fast-moving prey such as seals. Sharks can swim at the surface at 40 miles per hour and soar 10 feet in the air; however, breaching is uncommon since the shark must expend so much energy to propel itself.

Which other shark species leap out of the water?

Aside from that, you might witness mako and thresher sharks emerge from the sea. This category also includes basking sharks. That being said, sharks must use a lot of energy to propel themselves out of the water, which is why you rarely see sharks jumping out of the water.

Other often visible sharks, such as nurse sharks and hammerhead sharks, are not seen leaping from the water’s surface.