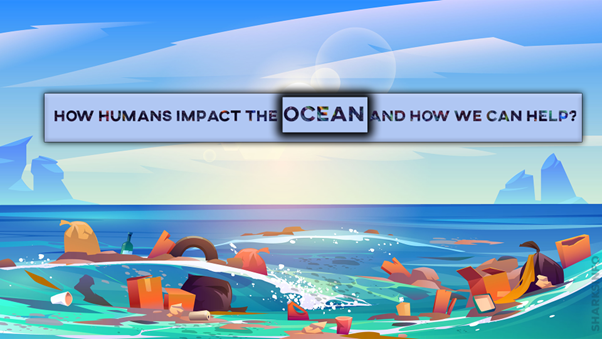 All humans ( Homo sapiens) on earth require food and water to survive; we all have visited lakes, waterfalls, seas, and oceans. There are several types of pollution, water, air, and soil and as humans have made industries, mills, and technologies, it requires a lot of air, water, and land pollution to occur. Additionally, the majority of the ocean’s huge animals have been taken out by humans. The world’s oceans are being effectively trashed and polluted by human activities, including toxic waste that is poured into the sea by factories and companies. Our actions towards Nature help the animals be healthy or to be in danger of extinction.

One of the major types of pollution that has a considerable detrimental impact on health and mortality is contamination in aquatic environments. Water naturally has the ability to neutralize contamination, but when contamination gets out of hand, water loses its ability to generate itself. When dangerous substances- often chemicals or microorganisms; are thrown into the water, seas, oceans, and lakes- it contaminates it and it further gives birth to water pollution.

2: Menace To Aquatic and Land Animals

We humans should not pour oil- dirty stuff; garbage on land and in the water too. Oil is not healthy and good rather it is the worst for plants and animals. Humans should stop throwing garbage- litter on land and in sea shores as many animals consume that and it has the worst side effects on animal health. Although it is done in vast quantities; fishing is one of the biggest and most harmful activities that affect the ocean. Salmon and tuna are the two that are caught by almost everyone. Humans should lessen the activities of catching fish as it disturbs the sea animals and makes them endangered.

Humans Can Chip in to Save Marine Life

Humans can contribute on a massive scale as most dirt is caused by humans. Lessen your use of cleansers and chemicals around the house. You’ll reduce the amount of toxins entering the water system as well as indoor air pollution. Use biodegradable cleansers if necessary. Never pour oil or other chemicals into the street’s drainage system. Stop the oil rigs and drilling activities as it contaminates the sea leading to the ocean.

While there are many ways in which people have harmed the ecosystem, there are also several ways in which we may improve and care for the ocean upon which we rely so heavily. Never pour oil or other chemicals into the oceans and on the street’s drainage system. Many plants and animals can be killed by a little oil. Avoid leaving trash, especially close to water. Animals may become harmed if they use litter as food. Use only organic pesticides or avoid using any at all on your lawn. Likewise, use less fertilizer. All of these may get into our water supplies. Humans should take care of the ecosystem as a healthy atmosphere makes us all healthy.