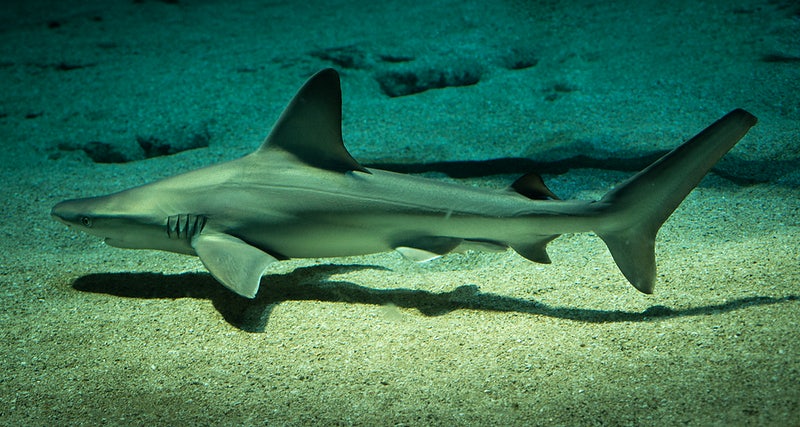 In our lifetimes, we’ve all wondered how sharks sleep while constantly moving through water. Do they even sleep? And if so, how do they do it, and for how long? If, like us, you, too, slightly fear sharks, then maybe the best time to get close to one would be during their sleep. If, like us, you’re simply curious about a shark’s rest, look no further.

Firstly, while it may surprise some, sharks do sleep. Secondly, for those looking to approach a shark in its slumber, this might be a bit more complicated as some sleep with their eyes wide open. However, just knowing about a shark’s sleeping behavior and duration will give you the means for a better shark-viewing experience (for the brave souls who will try).

For a shark to sleep, it seems they must stop moving for a period of time. But a widespread fact about sharks is that they have to keep moving to survive. This fact is only true for a few species of shark. While there is a handful of species that can only survive in a state of constant motion, most can survive without it. It is not hard to imagine the latter group sleeping, but how can the former sleep?

First, why is it that these sharks need to keep moving? Well, for a shark to receive necessary oxygen, it needs to consume water from which its gills can draw oxygen. These sharks need to keep moving in order to continuously supply water to their gills and thus, oxygen to their systems. They open their mouths as they swim and allow the water to flow through. Knowing this, then, begs the question: do these sharks ever sleep?

Just like other animals, these sharks do sleep, but in a much different way.

Do All Shark Species Sleep?

We’ve established that some types of sharks need to move in order to breathe through their gills. Because these types of sharks breathe by drawing water into their mouths and forcing it out through their gills, they’re known as obligate ram ventilators. So the concept of sleep might not fit the best with these types of shark species, because it seems that this process is mutually exclusive with sleeping. Although scientists have not yet determined whether or not obligate ram ventilators sleep (or how), there are some theories that appear plausible. One speculates that these sharks continue swimming even as they rest — similar to how humans can sleepwalk. Another states that these sharks rest using underwater currents. Because they need a constant stream of water running through them, these sharks can remain stationary in front of a current and continue breathing as they rest.

It is the more predatory sharks that must keep moving to survive, and perhaps this is why this misconception is so widespread. Sharks such as the great white, the bull shark, the hammerhead, and the mako are all obligate ram ventilators, and the method behind their rest remains hidden to us for the time being.

With that in mind, however, scientists are currently conducting research to find out about these unknown sleeping habits. So you can look forward to some new, eye-opening discoveries soon.

Will A Shark Die If It Stops Moving?

There are upwards of 400 different shark species, and around 6% of them are obligate ram ventilators. This means that only 6% — or about 24 species — will die if they stop moving.

The sharks that have the capability of buccal pumping or those with spiracles won’t die even if they stop moving.

How Long Does A Shark Sleep?

Like most other animals, sharks often enter a state of restful sleep to conserve energy. However, the sleep cycle differs across species. Do sharks curl up and rest for several hours on end like humans? Or do they have more broken up intervals at which they rest?

As far as the obligate ram ventilators are concerned, it seems that they never reach a period of deep sleep. Instead, they seem to alternate between their primary, active period and their other, restful periods rather than sleep for a long time. For periods of time during their swims, some parts of these sharks’ brains appear to be less active than usual but still function. Such findings have led scientists to believe that these periods of time are when obligate ram ventilators rest. Furthermore, scientist have determined that the brain does not coordinate a shark’s swimming movements. It is the spinal cord, rather, that directs a shark’s swimming, and this would allow it to swim while partially unconscious, thus giving rest to the brain.

All sharks sleep in a way. Whether it is the deeper sleep that a buccal pumping shark gets or the lighter sleep that an obligate ram ventilator gets, they all sleep one way or another. And there are some misconceptions out there, such as  the idea that all sharks need to keep moving to survive. As we know, this only applies to a small percentage of sharks, and recently we’ve found evidence that they can stay stationary for prolonged periods in the right setting. The amount of time that a shark sleeps varies from shark to shark, and we have yet to determine any solid numbers on this.