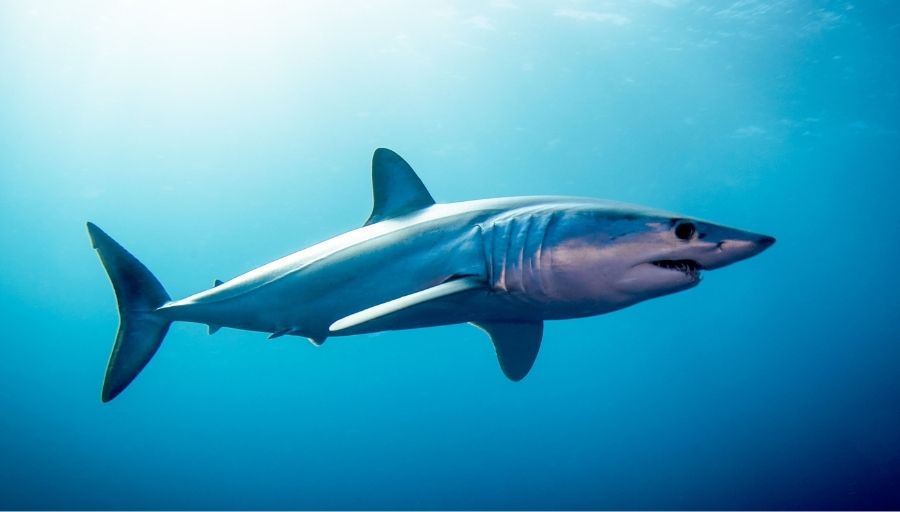 Sharks are the most vicious marine animal, and their ruthlessness is because of their highly skilled predating attribute. Sometimes, it is misinterpreted as most sharks prefer to live tranquility until they are barged in on by humans. People who are fond of hunting push this startling species to the verge of extinction.

To make matters worse, the growth and reproduction rate of sharks are at rock bottom. Depending upon the species, sharks take almost 9 to 10 years for growth, but the maturing face is quite longer than that of the growth phase. The male shark requires 26 years to attain sexual maturity while the female reacher to sexual maturity at the age of 33 years.

Apart from the long phase of reaching maturity, the long gestation period is yet another obstacle to the increasing population to conserve the species from being endangered. The gestation period is the longest among other species and is about 12 to 18 months long, producing only 2 to 10 liters at a time.

What Does Ovoviviparous Mean?

Ovoviviparous is the mode of reproduction that is the combination of both oviparity and viviparity. In this type of reproduction, fertilization is internal, and the egg hatches inside the female womb as well. After hatching, the mother shark gives birth to young individuals.

Most of sharks breed through ovoviviparity. The ovoviviparous way of reproduction in sharks is discussed below in this article.

Hatching of an Egg

The young pup in an egg hatches inside the womb instead of lying in the surrounding water. The newly formed zygote will be inside the shell of the egg and take its nutrition from the yolk sac. This will remain in this condition for weeks until it is ready for hatching.

After getting hatched, it is now known as an embryo. The developing embryo enters into the developing phase, where it gets nutrition. It will continue to live off the remaining egg yolk and some glandular secretions. Moreover, they also perform oophagy and intrauterine cannibalism.

The nutrition from remaining egg yolk and special glandular secretions are not enough for some of the shark pups. These baby sharks have evolved a new way of extra nutrition named oophagy or oviphagy, which means egg eating. In oophagy, the first hatched and the strongest embryo will start eating other unfertilized eggs for the sake of more strength and power.

Intrauterine or fetal cannibalism is a more advanced and the most extreme form of oophagy. It is also known as embryophagy or, more sparklingly, adelphophagy which means eating one’s brother. The largest and strongest embryo will start living off of its siblings. Throughout the embryonic stage, it will survive on eating all the other fertilized embryos that are inferior to it. Ultimately, it will emerge into the most skilled predator that a mother shark gives birth to.

The gestation period of ovoviviparous sharks can vary from 9 months to even 2 years, depending upon the different species. In some species, it has been seen that the gestation period is as long as 3 years and 6 months. After acquiring this prolonged period of gestation, they just give rise to 1 to 8 liters.

Survival Of The Fittest

The young shark pup is born independently after gathering enough competency by performing oophagy and intrauterine cannibalism. These young individuals are independent of their mother’s nursing and nourishment; instead, they are scared of being eaten up by their mothers.

For their further growth and development, they camouflage in a safe place which is usually a sheltered bay or river mouth and are usually free from other dangerous fishes that are supposed to survive by eating these immature organisms. Along with this, these places have enough available resources for food than any other place in the ocean.

Once they reach sufficient maturation, the shark pups are all set to go their directions, adopt some strong hunting instincts, become the most skillful killing machine, and start ruling the depths of the ocean.

Sharks are the most astonishing species dwelling on the seabed. They are sometimes considered the mysterious lords of the deep, and the most mysterious aspect of them is their different modes of reproduction. Ovoviviparity is the mode of reproduction that has been adopted by many different species of sharks, but they are slow breeders, and that is the prime reason they have become too vulnerable to extinction. This startling species needs to be protected and saved from hunting; otherwise, the natural ecosystem will collapse.