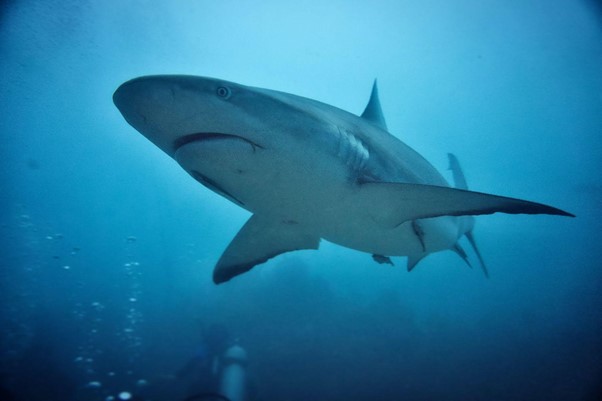 Slow and steady wins the race!

The Greenland sharks also named Grey sharks or Gurry sharks belong to the sleeper family of sharks! Among all the vertebrates, they are the long lived creature with a backbone. They are known to survive more than hundreds of years in the deep and cold water of the oceans. They are found living in the ice cold water of deep Arctic and North Atlantic Oceans. They are the slowest species of sharks and move silently throughout the water waves. The sharks feed on various foodstuffs and scavenge the dead remains of animals such as seals, sharks, polar bears and drowned horses!

This is a brief introduction of The Greenland sharks – just to make you understand with whom you are going to deal with in this article! As the species of sharks are known to be longest lived vertebrates on the planet, let’s move on to find out about their locality to see how they manage to live for such a long period of time!

How long do Greenland sharks live?

How is the age of Greenland sharks calculated?

The age of Greenland sharks can be calculated by counting the number of growth bands on their vertebrae – just like you calculate the growth rings to estimate the average age of the trees! Moreover the age of the shark’s species can also be calculated by removing the layers of lens in the eyes, the layer continues to grow throughout their lifespan. The radiocarbon dating of the tissues (made up of proteins) from the centres is another technique to determine the age of the slow growing creatures.

Greenland sharks have a long lifespan – Why?

Well, the actual reason behind the long lifespan of Greenland sharks is not clearly understood till now! But some theories suggest that it may be due to the tremendously slow rate of metabolic process because of their survival in the deep and cold ocean waters – they can live to an average depth of 2,200 metres! Due to slow metabolic processes, the sharks have a slow ageing process, growth rate and extremely slow speed (2.9 kph). Moreover, the sharks cannot reach the maturity level until they celebrate their 100th birthday.

Read on to know how they adapt themselves to ice cold regions of a longer period of time!

Why do Greenland sharks live in the colder region?

All the species of Greenland sharks are cold blooded creatures, they loved to thrive in the cold habitat which is inhibited by almost all the species of sharks. It is hard to believe that they prefer the temperature range between -1 to 10o C or 30.2 to 50o F. They even migrate to the colder region in every season and can endure the extreme cold environment of the Arctic region all the year! Ice-cold sharks!

Is it true, human pose a threat to these incredible creatures? Let’s find out!

Yes! All other sharks, the Greenland sharks have also been threatened by humans for a very long time. Due to low metabolic and reproductive rate, the species are more vulnerable to human activities such as overfishing, pollution and change in climatic conditions. Many species of sharks have been hunted for their liver oil which is previously used for lamp oil and lubrication.

The Greenland sharks are known to live in the ocean water for more than 400 years, the sharks can reach the maturity level when they become 150 years old. The Greenland sharks are the only species which prefers to live in the extremely cold environment of Arctic and Atlantic oceans. The reason for their extended life span is the slow metabolic rate and reproductive process which makes them vulnerable to various threats!