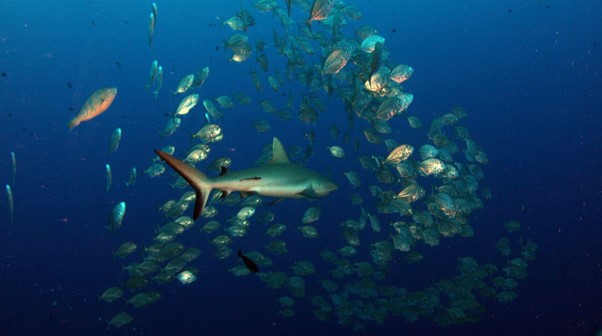 Until the 16th century, the researchers called the giant creatures of the oceans as “sea dogs” but today they are known as “sharks”. It is quite difficult to know the accurate number of the sharks as they have been living in the oceans for about 400 million years. Many species of sharks have come and gone, many have been extinct, some are endangered or vulnerable – according to the International Union for Conservation of Nature (IUCN).

The number of shark species is always a topic of serious debate! So, let’s drive into the shark’s world and find out how many there are!

How many species of sharks are there?

There are hundreds of species of sharks that are known to science but to discuss them all here is somewhat impossible – detailed 500 species of sharks! You will definitely get bored at one point! We have found a solution to it and fit all species of sharks into 8 distinctive categories so that you can easily understand it! Let’s read on and take a closer look at the arrangement of sharks in different categories.

The sharks of this category bears following features:

The sharks belonging to this category prefer to live in the rocky reefs of the Pacific or Indian oceans. There are only 9 species that are categorized in this class, the largest shark has a length of just 5 feet, and they are not very aggressive thus called as adorable but clumsy sharks!

They are blessed with following features:

Remember frilled sharks? Yes, this is the category of frilled sharks – the most primitive types of sharks that still live in the oceans, they prefer deep, shallow water of the Indian, Atlantic and Pacific oceans. The largest shark is about 16 feet in length with an eel like body.

They have subsequent features:

Well, this category is known to have some of the most notable species of shark’s kingdom, they are also famous as “mackerel sharks,” they are considered as typical types of sharks because this category includes the common sharks that come into your thoughts when you hear the word “shark”. You can easily find them in the warm water of the tropical and temperate regions, the size of species ranging from 3 to 32 feet in length.

They are characterized by following features:

It is the most diverse group of sharks, guess why? Because the largest type of sharks thrive in this category, guess who?  No idea! The Whale Shark! They mostly prefer warm water for swimming and are filter feeders that eat planktons, the average size of species ranges from 30 cm to 17 feet in length.

Their notable features include:

This is a very small group of sharks and can easily be identified because of their saw shaped snout, you can locate them in the tropical and temperate ocean water. Once you look at a shark with a saw-like nose you will recognize it on the spot – its Pristiophoriformes!

Following are the feature of this group of sharks in n common:

About 126 species of sharks fall in this category and are mostly found swimming in the deep marine waters and live at the floor of the ocean. The size of the shark’s species ranges in size from 8 inches to 21 feet in length. The Greenland shark is the smallest species in the shark world that belongs to this Squaliformes!

Following are the features of this category of sharks:

This category includes only 13 species of sharks, the average size of species ranges from 5 to 7 feet in length, they mostly found resting at the floor of the ocean and prefer sandy areas where they can easily hide themselves and attack on their prey.

They have following features:

According to the reported data, there are about 520 species of sharks living in the oceans and seas but to study them in detail at once is quite impossible. That’s why all the species of sharks with similar features have been characterized in 8 different categories to make it easy to understand! But one thing is common in all the species of sharks that they are the most captivating creatures of the oceanic world and all of them play a key role in upholding a balance in the marine or aquatic ecosystem!