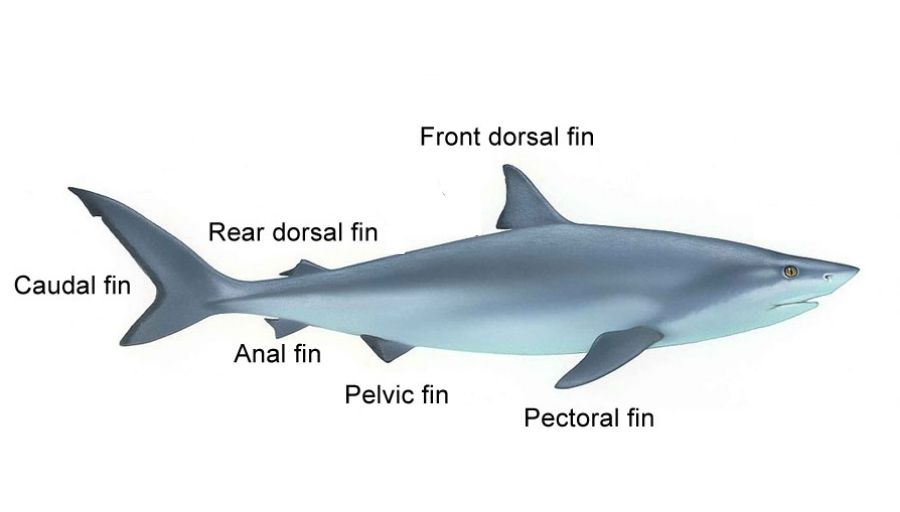 The fins are the most prominent features which help you to distinguish between the species of sharks. Sharks have evolved their fins for millions of years and each is specialized to perform a specific function.  All species of shark bear different types of fins which help them in swimming, traveling through the extended oceans, and efficiently grabbing their prey. Fins play a key role in easing the movement of sharks, without fins sharks are unable to glide through the flowing water and hunt their prey.

For your understanding, we have put together a guide related to the use of different fins by sharks. Read on!

How do sharks use their 5 different fins?

The primary function of fins is to provide sharks stability, lift, up thrust, propulsion, and steering while swimming through the open water. Fins function differently but work together to help sharks to move in all directions without sinking to the bottom of the surface. Interestingly, sharks also use their fins to communicate with each other.

Now we are moving on to study the function of 5 different fins, one by one.

The pectoral fins are located under the gill slits and work like a steering wheel; they have also been named the “wings of sharks”. The pectoral fins help in providing stability to sharks while swimming at extremely high speed, allowing sharks to move in upward and downward directions as well. The fins help to reduce the resistance produced by water currents so that sharks can make sudden turns and easily swim with the burst of speed.

The pelvic fins are also named ventral fins, located on the underside of the shark’s body between the pectoral and tail. The pelvic fins provide sharks with the hydrodynamic balance to keep the posterior part of the body in balance. Moreover, it provides propulsion and stability to giant sharks such as Basking and Whale sharks. the walking shark – Epaulette shark has very well-developed pelvic fins which help them to walk on the coral reefs, seafloor, and as well as on land.

The Caudal fins also known as tail fins are two-lobed structures positioned at the top of the tail, They help sharks with propulsion and upthrust force, allowing them to move in the forward direction with high speed. The shape and size of caudal fins vary from species to species as it depends on the habitat and the predatory techniques of sharks. Furthermore, the pair of fins control the speed of sharks while traveling long distances. It also helps them to hunt their prey by slapping it with caudal fins.

Like other fishes, sharks also possess 5 different types of fins which provide multiple benefits. These fins help them to swim at high speed, make quick turns, hunt the prey, provide stability, upthrust force, and lift to prevent them from sinking at the bottom of the ocean. Without fins, sharks are not able to hunt their prey and it might be difficult for them to survive in demanding environmental conditions. That’s all about the fins of sharks and we hope that after reading this article you might be able to spot the species of shark just by looking at their fins.