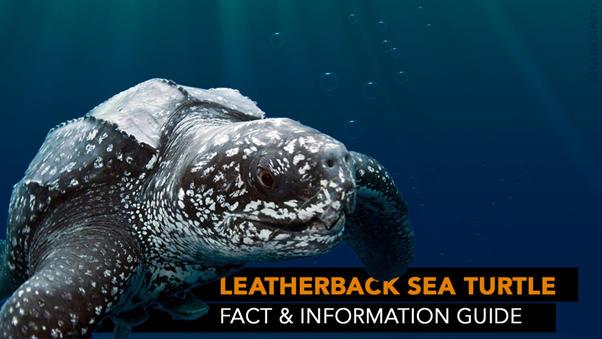 There are around 7 species of Sea turtle that lives in open water, all over the globe. The Leatherback Sea Turtle is scientifically named Dermochelys coriacea which belongs to the family Dermochelyidae – the only living species of the genus. Instead of a carapace, they have a hard shell, which distinguishes them from the rest of the species, and are also named based on their bony shell. Here are some facts and information related to Leatherback Sea Turtles.

What Is The Habitat Of Leatherback Sea Turtle?

Leatherback Sea Turtle is found in the tropical subtropical and temperate waters of the Atlantic Ocean, Pacific Ocean, and Indian Ocean, along the coastal waters of Florida, South Africa, Labrador, St. Croix, Puerto Rico, and Alaska. They are also capable of living in 40 oF of water temperature – the only reptile that lives in low temperature.

What Does Leatherback Sea Turtle Eat?

The diet of the Leatherback Sea Turtle depends upon their teeth, they have pointed teeth with edged jaws which allow them to feed on soft-bodied prey rather than hard-shelled animals which is why they only feed on jellyfish. Moreover, some gelatinous prey is also included in their diet.

How Does Leatherback Sea Turtle Reproduce?

The breeding season of the Leatherback Sea Turtle starts in Late February and ends in August. These species lay eggs in the nest, and after the incubation period of 59 to 75 days, the eggs hatch usually at night and about 100 young ones are born. They reach sexual maturity at the age of 20 years and are known to have a life period of 50 years,

What Is The Conservational Status Of Leatherback Sea Turtles?

Leatherback Sea turtles are the largest among the 7 species of sea turtles. They have a worldwide distribution and prefer temperate and tropical waters for a living. The flexible shell and leathery skin give the Leatherback sea turtle a unique appearance. They only include jellyfish in their diet as the teeth are modified to feed only on soft-bodied prey. Sadly, they face many survival threats not only on land but also in water, which is why they have been listed as Endangered by IUCN.