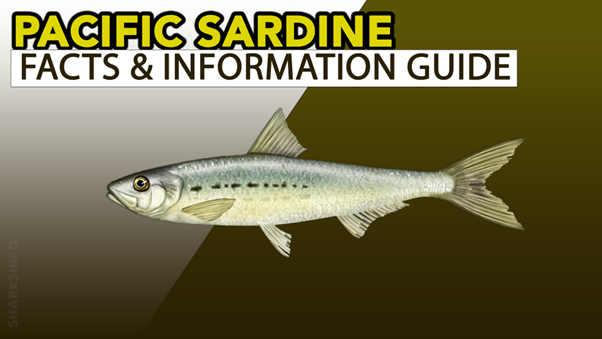 Sardines are small fish that belongs to the family Clupeidae, and the genus Sardinops – scientifically named Sardinops caeruleus. Pacific Sardines, the name indicates that it is a species found commonly on the Eastern coast and Indo-Pacific Oceans water. There are approximately 21 species of Pacific Sardines which are arranged into 5 different genera.

They are commonly called by many vernacular names, such as Southern African pilchard, blue pilchard, Californian pilchard, Chilean sardine, and blue bait, depending upon the locality. Along with this, there is much more about the Pacific Sardines, which needs an explanation. Scroll down!

What Habitat Do The Pacific Sardines Shares?

The Pacific Sardines is a temperate region species found in the coastal waters of the Pacific Oceans, Southeastern Alaska, the Gulf of Mexico, Baja, southern California, and Canadian waters. They are sometimes sighted thriving in the bays and estuaries as well.

The Pacific Sardines can travel in school, and comprise hundreds to thousands of fish – this movement protects them from predatory animals. They are also highly migratory species that can cover a distance of 1000 km or even more in a year.

What Is The Physical Description Of The Pacific Sardines?

They are small fish that are bluish to green in color from the top have white flanks with dark spots on them and are silvery whitish from the underneath. They are about 17 inches or 45 cm in length and are just 1.5 pounds or 0.68 kg heavy.

They have compressed bodies with long pointed snouts, and large mouths with lower jaws projecting outward. They have bright eyes which provide them with excellent vision. The body is covered with large and loosely bounded scales which provides them protection from predatory animals.

What Do Pacific Sardines Feed On?

Well, the small-sized fish feeds on prey that is even smaller than their size, which is why they are not very diversified among the food, they include:

What Are The Predators Of The Pacific Sardines?

Being small in size, the Pacific Sardines are easy to grab for the large predatory animals of the oceans as well of the land, such as:

What Kind Of Reproduction Do Pacific Sardines Exhibit?

The breeding season of the Pacific Sardines is during the late summer or the early fall. The fish breed in the group, exhibiting the oviparous mode of reproduction. After fertilization, the school of Pacific Sardines releases 10,000 to 40,000 eggs in the environment for further development. They become mature at the age of 1 year and have an approximate life period of 14 years.

What Is The Conservational Status Of Pacific Sardines?

Well, the Pacific Sardines are very famous among the fisheries and is one of the most favorite seafood. But they are not considered endangered or extinct because of their rapid rate of reproduction and producing a large number of offspring, thus maintaining their population in the open water. However, determining the exact number of species is quite impossible. According to IUCN, they are considered Least Concern on the Red list.

Other than the information given, some of the additional information related to Pacific Sardines is compiled here:

1:  The school of Pacific Sardines may include 10 million fish

2:  The Pacific Sardines breed twice in a single breeding season – one lasts from April to August and the other is from January to April.

4:  At the age of 1 year, the Pacific Sardines reproduces.

5:  The incubation period of Pacific Sardines lasts only for 3 days, giving birth to thousands of pups.

6: Some specimens can even live a longer life of 20 years.

7:  The pectoral fins of Pacific Sardines are located just below the dorsal fins.

8:  The Pacific Sardines communicates with each other by producing sound.

9:  The meat is rich in proteins and omega-3 fatty acids, which makes the Pacific Sardines a popular consumable fish.

10:  The Pacific Sardines are wild fish; they are not very common in the captive environment.

Pacific Sardines, the most popular species of the Pacific and Baja Californian waters. The species came in limelight due to their unique bluish-greenish coloration, the small size of approximately 17 inches, and active swimming capabilities. They are highly migratory species that travel long distances continuously. Being small in size, these species are prey to many large predatory animals. Among the fisheries, they are the most consumable fish because of the richness of their meat. Above all, the population of Pacific Sardines is not considered endangered or extinct, as they give birth to thousands of pups in a single spawning season.