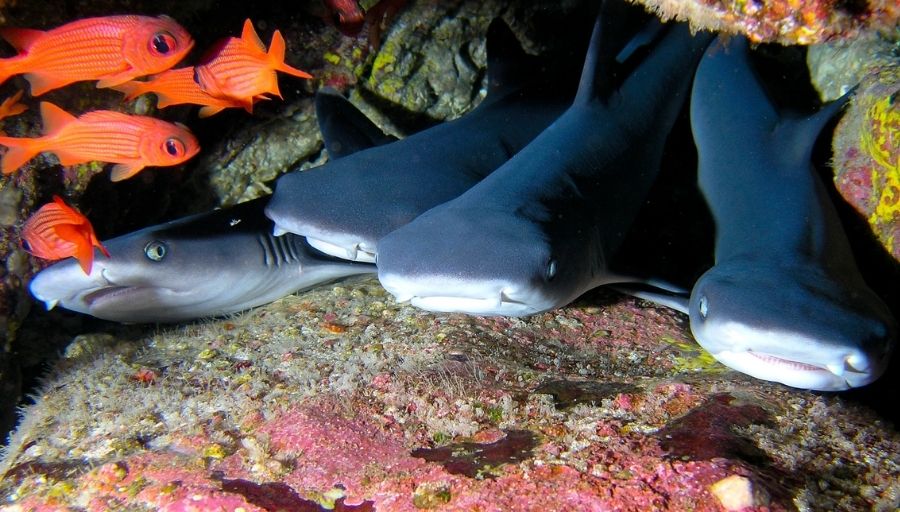 More than 100 million sharks have been slaughtered every year not only for fins but also for several other products. Different parts of the shark’s body are used in the manufacturing of a variety of products such as the flesh, skin, cartilage, fins, and liver used to make supplements, fertilizers, pet food, energy drinks, vitamins, cosmetics, and skincare products.

Let’s take a deep analysis to locate where are sharks hiding in your house.

Shark Products – What Are Sharks Used For?

Sharks have been caught to be used in a variety of products. Here we are enlisting the parts of sharks’ bodies and products made out of them.

Countries like the United States, Japan, and Northern Europe are the center for selling the skin of sharks to be used in several products. The skin of sharks is used in making luxurious shoes and boots, wallets, handbags, purses, watch straps, belts, holsters, and leather products like jackets.

For a long time, the cartilage of sharks is used for medicinal purposes and is used against a variety of diseases including asthma, arthritis, eczema, rheumatism, shingles, hemorrhoids, cancer, and psoriasis. Moreover, cartilage is also used in the preparation of dietary supplements and pills which provides health benefits. The USA, Australia, Japan, and India are the major countries where shark cartilage is used in several products.

The fins of sharks are popularly used in East Asian countries in making fin soup. According to an estimate, per serving of the fin soup bowl costs $100 which is why the practice of finning has increased incredibly. Every year more than 10 million sharks die just because of finning practice. Some countries however have banned the practice to preserve the important creatures of the ocean.

Instead of swim bladders, sharks have large livers containing oils that provide buoyancy while swimming. The liver oil is a rich source of omega-3 fatty acids, vitamins A and D, and alkylglycerols, which strengthen the immune system of humans. Moreover, Squalene is abundantly found in liver oil which is used in making lubricants, cleaning agents, and cosmetics. Some famous band like Ponds, Dove, Sunsilk, L’Oreal, and Vaseline uses the sharks’ Squalene in their products.

The teeth and jaws of incredible species of sharks such as The Great White sharks and the Mako sharks are sold as souvenirs and ornaments. The byproducts of fishing are used to make fish meals and are also used in the manufacture of fertilizers or animal feed. Moreover, the meat of sharks is sold as flakes and chips in restaurants.

Furthermore, the following products also contain sharks that are sold in the markets:

Sharks are unpredictably present in almost all skincare and health care products. All the parts of a shark’s body like cartilage, skin, teeth, liver, and fins – are used in making different products that are useful for a human being. The skin, cartilage, and liver oil contain important components which provide health benefits. Whenever you buy a product next time, scan the ingredients you will be amazed to know that almost all the products you buy contain some traces of sharks.