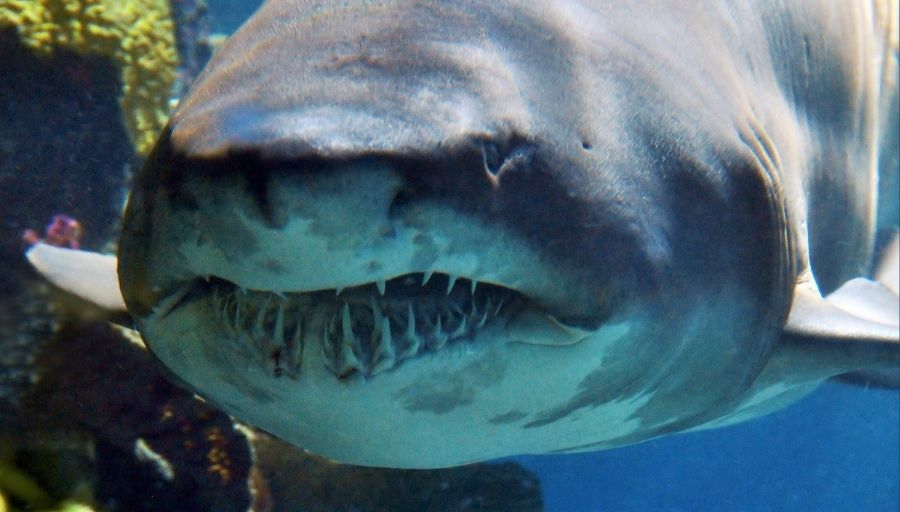 One of the most interesting species of sharks is Ragged-tooth sharks also known as Grey nurse sharks are distributed widely in ocean waters worldwide. They are tenderly called “Raggie” because of their ragged and shabby tooth which gives them a fearsome and scary look. Are you interested to learn more about these iconic creatures of the oceans? Let’s analyze the article to reveal more interesting facts about the Ragged-tooth sharks.

What is the geographical distribution of Ragged-tooth sharks?

The Ragged-tooth sharks are widely distributed over the globe in the tropical and subtropical zone. They are spotted in the warm waters of the Atlantic Ocean, Pacific, and Indian Oceans. They live in the Northern Gulf of Mexico, the Gulf of Maine to Florida, Bermuda, Bahamas, the Mediterranean Sea, Ghana, Nigeria, South Africa, Japan, New Zealand, and Australia. They live in shallow bays, sandy coastal waters, rocky or tropical reefs, and estuaries at the depth of 109 meters.

The Ragged-tooth sharks are grey with small red brownish spots on the upper side of the body and are pale in color underneath. They have large bulky bodies with sharp and pointed heads. They range in length from 6.6 feet (2 meters) to 10.5 feet (3.2 meters) and weigh 201 pounds (91 kg) to 351 pounds (159 kg). They have a large mouth that extends beyond the eyes, their eyes are small and are without eyelids. The most prominent feature of these species is that they have two large dorsal fins which help them to swim at the high speed.

What type of teeth of Ragged-tooth sharks have?

The Ragged-tooth shark is blessed with a remarkable set of teeth embedded in its powerful jaws. The teeth are small-sized, needle-like extremely sharp that can tear the prey in one shot. They have 3 rows of teeth in the upper as well as lower jaws and lose 2 to 3 teeth per day. Due to the scary-looking teeth of sharks, they are believed to be the dangerous and most aggressive species of sharks.

We are sharing some fascinating facts about them for your interest. Here we go.

1:  In appearance, the Ragged-tooth sharks resembles the Great White sharks.

2:  They are the only species of sharks that can swallow the air bubble which provides buoyancy.

3:  They possess a pseudo swim bladder and a large liver containing oil which provides them buoyancy while swimming and prevent them from sinking on the ocean floor.

4:  During mating, the male shark swims toward the female shark, and grabs her with sharp teeth due to which female sharks suffer a lot of injuries during intercourse.

5:  The species are viviparous – the eggs after fertilization hatched inside the mother’s womb and gave birth to young pups after the completion of a gestation period of 9 months.

7:  The species are listed as critically endangered species because they are highly susceptible to human activities such as overfishing, strangling in ghost nets, climate change, and habitat destruction.

8:  They are nocturnal which means that they hunt actively at night. During the daytime, they take a rest at the bottom of the ocean and take shelter in caves, rocks, and reefs.

9:  They feed on a variety of food items including crustaceans, bony fishes, squids, small sharks, lobsters, crabs, and skates.

10:  The life expectancy of a Ragged-tooth shark is about 30 years.

The Ragged-tooth shark is one of the most dangerous and aggressive species of shark – this is because of their ragged scary teeth. The species are widely distributed in the ocean and sea waters. The bulky bodies of sharks can grow in length from 6.6 feet to 10.5 feet and weigh 201 pounds to 351 pounds.

The exceptional feature of the Raged-tooth shark is that they have pseudo swim bladders which provide them buoyancy while swimming. They show migratory response seasonally and the species can travel up to 3,000 km per year.  The average life span of these remarkable species of shark is 30 years. We hope that reading these fascinating facts will develop your interest in the Ragged-tooth sharks.