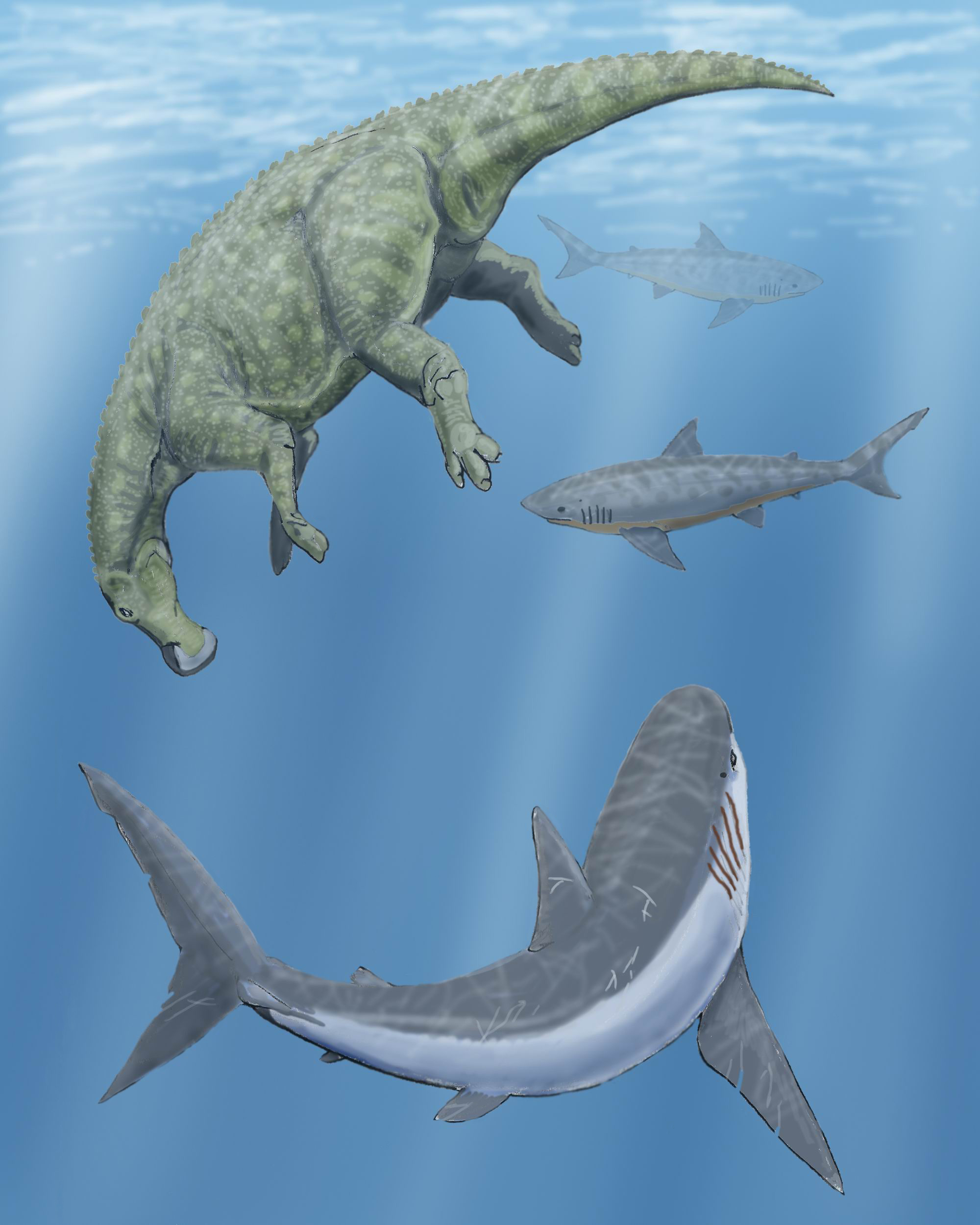 Which were here first, sharks or dinosaurs? This question always creates a mystery among people, what do you think which of the two have evolved first? Before going into the details, let’s clear this out. According to the data reported on fossil records, sharks have been dated more than 450 million year back whereas dinosaurs came later than them about 230 million years ago. Thus  it is cleared that sharks arrived on land first before dinosaurs. Now we will go into further detail to explore more about sharks and dinosaurs.

Sharks and dinosaurs – who landed first?

Well! Before the arrival of dinosaurs on the scene, the giant oceanic creatures that rendezvous with your nightmares have been swimming in the oceans and survived 4 to 5 massive extinctions but they are still with us. The reported data on their prehistoric ancestors show that both of them were very very old but the victory lies on the shark’s side!

The advent of sharks

The current data on sharks shows that they appeared 450 million years back. In the Devonian period, it was very challenging to find the fossils of sharks because their cartilage skeleton is not much resilient but the fossils of their teeth can easily be identified and are much resistant to hold the environmental changes over a period of time. However, modern sharks evolved about 100 million years back and are considered as the last evolutionary development of sharks reported.

The advent of dinosaurs

It was documented that in the middle Triassic period, the oldest fossils of dinosaurs were actually the carnivorous dinosaur’s fossils found almost 230 million years back. Dinosaurs were thought to be descended from the Archosaurs group – the animals which belong to the ancestors of crocodiles. Before suffering a more disastrous fate, dinosaurs have ruled the planet for more than 160 million years.

How did the extinction of dinosaurs occur?

The extinction of dinosaurs is no doubt a massive extinction event which affects the planet to great extent and put an end to the Mesozoic and Crustaceans periods. The succession of catastrophes and the violent actions of dinosaurs with other animals and plants made unharmonious circumstances among them, thus leading to the disappearance of dinosaurs and many other species from the Earth. In this way the survival of dinosaurs ended and the new era of mammals began.

How sharks survive this mass extinction?

It is quite surprising that sharks not only survive the dinosaur’s extinction but also live 4 to 5 previous mass extinctions and are alive till date. How is it possible? In reality, most of the shark’s species were not able to resist massive extinction and vanished completely along with many other animal species. Although some species of sharks were able to survive these extinctions, researchers depicted that the diet of sharks makes them strong enough to live for such a long period of time.

As sharks are foodie, they bite and swallow everything which comes in their way, but if they run out of food they become veggie and eat seaweed from the floor of oceans, this shows that sharks were able to adapt to different patterns of climates for their survival.

What if dinosaurs were able to survive today?

In the last past 70 million years, no dinosaur species have been reported to walk on Earth so the chance of finding their healthy DNA fragments enough to bring back to life are rare. But if they were able to survive today, they probably have a very weak immune system and would not be able to handle the viruses, bacteria, and fungal attack.

Sharks were enjoying swimming in the earliest oceans and seas for about 150 million years before the arrival of the first dinosaur’s species on Earth. The fossil records of sharks disclosed their existence on land from the Devonian period, about 450 million years back whereas dinosaurs appeared on land about 230 million years ago in the Jurassic period. Thus mass extinction has wiped out all the life forms from the planet except sharks. It’s over here, now you are aware of the history of sharks and dinosaurs and their existence through the eras.