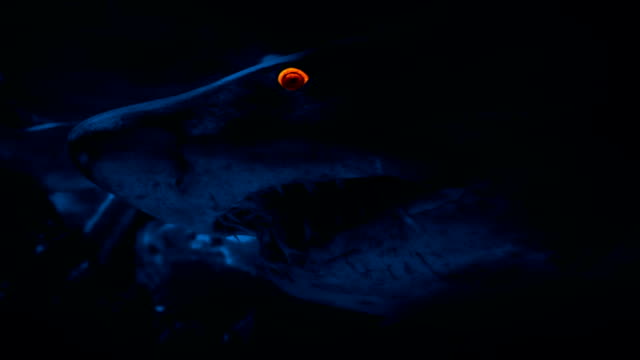 The underwater world is fascinating and amusing at the same time since it shows countless mysterious creatures, most notably those that glow in the dark. Divers and swimmers often wonder if the intense glow comes from a shark in the deep sea because of its intensity. The shark is a mysterious and diverse creature with over 500 species spread around all major world oceans. You never know what each species is capable of. Why not find out does any shark glow in the dark or not?

With this, let’s continue and see if we find any species of shark that can glow in the murky waters.

Is there a shark that glows?

Looking at the press side, you will find many news agencies, such as BBC, The New York Times, and even National Geographic, reporting the presence of the luminous shark discovered off the coast of New Zealand. So, it is now known that glowing sharks do exist.

The discovery of light-emittance in larger sharks is actually the first of its kind since many marine animals, such as fireflies, produce their own light.

It must be thought-provoking for you to see what species of shark emits light. Let’s take you there then.

Which sharks glow in the dark?

Sharks do not only hunt but some of them glow as they glide through the ocean. Three deep-sea shark species have been discovered to glow in the dark by researchers, and among them is also the world’s largest luminous vertebrates.

Let’s talk about the largest one first. It is the Kitefin shark that can reach about six feet in length, making it the largest bioluminescent vertebrate ever discovered. Normally found swimming 300 meters beneath the surface, the kitefin shark consumes smaller sharks, crustaceans, and groundfish.

What are the other two species known to glow in the dark? Those are the blackbelly lantern shark and the southern lantern shark. These two species are a bit smaller than the kitefin, and they are sometimes caught as bycatch by fishermen. Although there are no known threats to their extinction, little is known about their lifestyles, habitat, and biology.

When referring to the scientific names, you will read the kitefin shark as Dalatias licha, the blackbelly lantern shark as Etmopterus lucifer, and the other one as Etmopterus granulosus. Out of all species of sharks, these three are the ones having bioluminescent properties.

How do sharks glow in the dark?

Fireflies and other bioluminescent organisms contain special cells or organs containing chemicals, such as luciferin, that react with oxygen to produce light. But how is it done in the sharks? Or is it their eyes that glow and not the skin?

According to the fact, bioluminescent sharks emit light from specialized cells on their skin called photocytes. However, how these photocytes emit light has long been a mystery.

It is suspected that the crawling shark uses its natural glow to lighten the ocean floor while searching for prey or to camouflage itself while approaching the target; however, there is no scientific proof of this as of yet.

A further research effort would be necessary to understand the biological function of the species’ bioluminescence.

The dazzling beauty of bioluminescence at sea is often marveled at by divers, and seeing sharks glow in the dark can be truly enchanting. Bioluminescent species abound; however, when it comes to sharks, you’ll find the three species namely kitefin shark, blackberry lantern, and southern lantern shark inhabit the mesopelagic zone, or twilight zone, and glow in the dark. It is believed that it is the photocytes cells on their skin that allow them to glow, but it further needs to be studied.