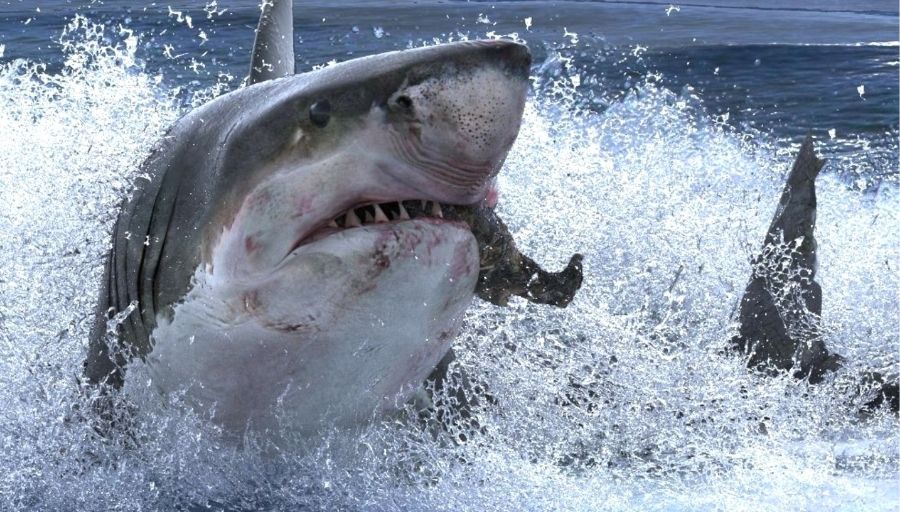 Known for their enormous size and weight, sharks have been depicted as monsters carrying hundreds of pounds of weight. At the same time, they have been described as captivating creatures that are believed to eat whatever they can fit inside their large mouths.

Having powerful jaws equipped with sharp serrated teeth, it seems to be true that they can eat anything that comes their way, but little has been known that sharks actually have their likes and dislikes when it comes to their feeding behavior. The diet of sharks is as misunderstood as the creature itself.

It is not uncommon for tourists who wish to swim with sharks but are afraid they will be eaten or attacked by sharks to refrain from entering the water. Despite shark fear being real, it should not be something you should be apprehensive about.

Inhabiting the world’s oceans for millions of years, sharks have been diversified into over 500 species of sharks, and each one of them is different from the others in all aspects. Whether you talk about their size, weight, behavior, or even their diet, it all differs from species to species.

Though there are species of sharks, such as the great white, which are known for their aggressiveness and may attack humans, they do not prefer to eat humans anyways. The other species are unlikely to attack humans at all unless they are provoked. It will all be clearer when you will look at what sharks prefer to eat in the later section of this article.

The teeth of sharks play a vital role when it comes to feeding habits, but as said earlier, each species of shark is different from the others, and so is the case with their teeth. Some sharks have pointed razor-sharp teeth, while some have smooth and tiny teeth. The teeth of sharks are designed in a way that matches the type of feed they eat.

Moving forward, it’s important to know that sharks are top predators and are on top of the food chain. Feeding on a wide array of marine creatures, sharks keep the population of species in balance, and it shows how important sharks are for the aquatic environment.

With that said, let’s carry on to see what sharks actually consume as their regular food.

What do sharks eat?

Sharks are the fascinating creatures of the ocean feeding on a variety of aquatic creatures. While most sharks are carnivores, there are a few which rely on zooplankton.

Being top predators, sharks can take on any animal they want, except they face competition from the Orcas. Other than that, sharks have the capability to eat any sea creature they like. However, as mentioned, each species has its likes and dislikes.

Based on the study, we can divide the sharks into two categories as per the diet. The sharks will either be carnivores eating on the flesh of animals or planktivorous.

To find out what sharks eat, let’s examine each type.

What is a diet of carnivorous sharks?

Most sharks in the ocean are carnivores, and they will eat almost all sea creatures they can get their teeth on. When it comes to feeding, these meat-eating sharks usually don’t have much competition because they’re extremely skilled hunters. Attacking out of nowhere all of a sudden is their ultimate weapon that leaves no chance for the prey to escape.

Despite not having any competition for food, carnivorous sharks do not have very particular tastes and will generally feed on fish, crustaceans, sea turtles, squids, seals, lobster crabs, and mollusks. Other than that, large species of sharks often feed large mammals such as dolphins, sea lions, and even other smaller sharks.

Sharks use diverse hunting techniques depending on their size, species, and prey they are after. With their large mouths filled with rows of razor-sharp teeth are used to rip prey animals apart or swallow as a whole.

Other than these sharks, we have a few species eating plankton. Let’s examine what their diet consists of.

What is a diet of planktivorous sharks?

The plankton-eating sharks do not have sharp pointed teeth; rather, they have hundreds of tiny teeth which play no role as such in feeding.

The diet of a shark

Since now you know what is included in the diet of a shark, you might be wondering to check out the food preferences of individual species. Well, we have prepared a list for that; click on the names below and find out what these species of sharks eat.

Sharks are an incredibly diverse group of predators, with over 500 different species of sharks spread around the oceans. Based on the type, they will eat everything from marine mammals to algae; however, you can divide them into two categories, the carnivorous and the planktivorous.

The diet of both types of species is discussed in the article, and it also lets you know the food preferences of some of the well-known species. There are no sharks known to feed on humans, which is indeed a piece of good news.