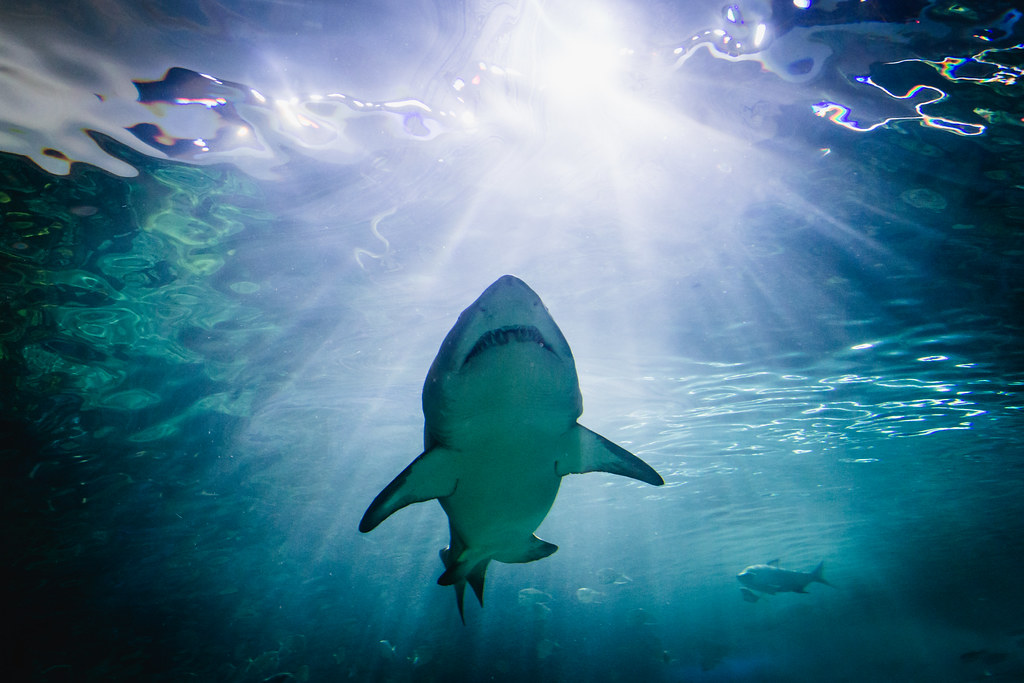 “Heyyyyyy! Come out of the water- it’s sharkk” The hero/heroine of the movie keeps shouting at the top of their lungs but nobody listens and eventually the mighty sharks enjoy their feast. That’s the major concept of most shark-based movies, but we humans love danger so do the movies that thrill us. From the peak of human fantasies, some shark movies have been crafted that has been blowing people’s minds out. Here’s your watchlist of the top movies ever made on sharks.

Warning: Will you love sharks after watching these movies? Not sure. But will you fear them? Definitely.

Top movies based on Sharks

The concept of all of these movies might look familiar to how sharks have been preying on humans, but the circumstances, actors, motion graphics, and the sharks are quite distinctive in all of these movies. So hold tight, fasten your belts, because you are going on a crazy ride of movies where sharks will accompany you.

An iconic film made in 1975 that brought the whole perspective of shark-based movies to cinemas is definitely our top pick. The technology was not advanced at that time, still, it managed to mark its place in the industry and made people fear the sharks. The music that sent the chills down the spine, a man-eating shark, and the three men risking their lives to kill the man-eating beast is worth watching for the people who live for thrillers. Did they manage to kill that killer shark or got killed themselves? You’ll have to see that for yourself.

The movie starts with a young girl finding solace in surfing at a secluded place after her mother’s death. Everything looks very normal until a big white shark comes into the picture. After that, everything starts going wrong and the girl has to fight back to stay alive. What an alone girl could do without any help? Will she survive or will she also join her mother? Watch The Shallows to experience the best shots of sharks, water life, and a fight for survival.

Sharks are big and dangerous, but what if there is a shark out there even bigger than these normal sharks? Considered to be extinct but made an unexpected appearance in the ocean? The Meg is actually based on the prehistoric shark the Megalodon, living peacefully in the deep bottom of the ocean. But it gets awakened by activity in the water and the research group in the water starts fearing for their life. This movie got international acclamation due to its versatile cast and giant-shark effects.

Working on a cure for Alzheimer’s, a team of researchers moves to an underwater facility where they capture sharks and use their oil to make a cure. But everything turns upside down when a shark becomes way smarter than humans due to genetic manipulation and embarks on the journey of revenge. How do you save yourself from the monster you created yourself? You’ll have to give it a watch and we promise you, you won’t regret it. Its popularity has demanded a sequel, which its producers have gladly provided to their viewers.

Challenging the limits of the fight a human will put forth for his/her survival, 47 Meters Down tells the story of the two sisters who go down into the ocean for a cage diving experience. But the experience goes so wrong when their cage disconnects from the boat, leaving them in the pit of the ocean with little oxygen and ruthless sharks. What’s going to kill them first? Depleting oxygen or hungry sharks? Watch this thriller to find out. And if you love it, you can always binge-watch its sequel: 47 Meters Down-Uncaged.

Based on true events, this movie circles around two divers who were left behind by a tourist boat in the middle of the sea. They cling to each other for their survival but sharks in the sea have some other plans for them. Hungry sharks want human meat for dinner, who would they choose? Or will they become prey themselves? This shark-thriller will surely keep you hooked to the screen.

Just like any other shark-based film, this film also leaves five tourists stranded in the middle of the ocean after their boat capsizes. It gets hard for them to stay in the ocean but gets harder to move to the far away island, keeping in mind the danger of the sharks. But as it happens, these characters in the movie always go towards the danger despite knowing it. And then the horror story begins where those sharks chase them to their deaths. Does this happen so in this movie as well? You can find out by spending 94 minutes of your life.

What would happen if a shark got into your home, school, or city? It would be chaos. Sharknado is based on a similar idea where a tornado drops hundreds of sharks in Los Angeles, creating havoc in the city. People grab anything they can use as a weapon to kill those sharks to save themselves. Even though it’s placed in a thriller category, you’ll laugh most of the time due to many of the unreal scenes. But to appreciate an effort made with a low budget, you should give this movie a watch.

How unlikely it is that a tsunami will hit a grocery store and will bring a shark along? Very unlikely. But the producers of Bait decided to use this idea to make a film. The story of the movie revolves around a group of people who, when hit by a tsunami, get trapped inside a grocery store. To make it worse, a white shark is paying them a visit from the ocean. But the catch is, that this shark is hungry and chooses her starters and main course from the trapped people. Who became a part of her meal and who was lucky enough to leave the grocery store alive? Go look for it.

In Jaws2-the terror continues. A sequel of the top classic shark-based movie “Jaws” takes a traditional stand where a man keeps telling people not to go to a beach as a shark has returned to an island. But who cares? They want to enjoy their summers on the beach until the shark decides to feed on them. It is not as thrilling and captivating as its predecessor was, but it does make a fine film. After watching this sequel, you’ll always keep in mind that your jaws are watching before you go swimming.

There are a number of other movies that have been made on sharks, but the above-mentioned top the list due to their near-to-real cinematography and on-point acting. One thing we can say for sure is that after watching these movies, whenever you’ll go for a swim you’ll look out for the fin coming out of the water. And if you see one, don’t hang out for the selfie- Just run.