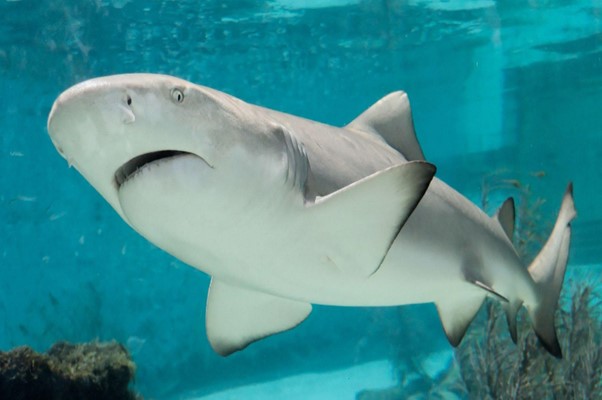 Nurse sharks! Sounds like they are as active as the nurses in the hospitals. Right? Wrong! They are called “couch potatoes of the oceans” because they are the laziest and sluggish sharks among all other species of sharks, they are nonviolent and are bottom dwellers that can suck or eat small living creatures from the floor of the ocean as they avoid moving around to search for food. They even do not eat much to maintain their energy level, but when they eat, they appear to be enjoyable sharks. As they don’t waste their energy to capture their prey then how do they survive? What do they eat to stay alive? Let’s find out what magical diets they feed on to survive!

Nurse sharks are found living in the warm and shallow water of tropical and subtropical zones of Pacific and Atlantic Oceans usually thrive at the depth of 3 to 250 feet. They love to live around salt flats, coral reefs and between the channels of Mangrove Islands. During their resting period, they prefer sandy bottoms, crevices and caves.

They are light yellowish to dark greyish brown in colour with a sturdy body having much smoother skin than the other shark’s species. They can grow in length ranges from 7.5 to 9 feet with a maximum weight of 165 to 230 pounds.  Moreover, they bear 2 fleshy appendages called Barbellsthat protrude out from the upper lip. The barbells are sensory organs which help nurse sharks to detect the hidden food items in the sand.

What diet do nurse sharks eat?

Like many other species of sharks, nurse sharks are also devious feeders that feed on anything they can catch. Nurse sharks are slow moving shark’s species and do not put any effort to caught their prey instead they feed on a variety of food including, snails, crabs, small fish, clams, squid, octopi, stingrays, sea urchins, spiny lobsters, crustaceans, mollusks, conchs, squid, sea snails, algae, ground coral, and stack of fisherman’s bait.  Living a Royal life!

How do they get their food?

Nurse sharks feed on a variety of ocean creatures but how do they get their food even being indolent among all the other species. Think! Don’t know? Let me tell you! Have you seen a vacuum cleaner? How it works – sucking out the trash or dust! Nurse sharks adapt the same strategy, they obtain their food by sucking it. They have a cavity in their throat which generates a powerful sucking force which enables the animal in front of them, makes its way directly into the mouth of the nurse shark, the backward small rows of teeth crush and grind them into minute pieces. Incredible!

The mouth of nurse shark works as a dental conveyor as the older teeth move toward the front of the mouth and the new rows of teeth move to the back of the mouth. Once the older teeth fall out the new row of teeth fill the space. All this shifting of rows is seasonal, during the summer season, the replacement of rows takes place after every 10 to 200 days and when the winter arrives, it takes 50 to 70 days.

How do they hunt?

Nurse sharks are found near the shoreline to hunt small fishes and other creatures that are resting. They sometimes lay down at the floor of the ocean, keeping their snout in an upright position to manipulate other small creatures. They suck the snail from their shell by overturning the shell, use their teeth to hold them tight and chew it.

Nurse sharks are usually nocturnal – meaning they become active only at night and spend the rest of day being inactive and remain hidden in the reef crevices and submerged ledges. The nurse sharks are largely solitary and hunt their prey at night and return to their resting places in the daytime and scavenge the bottom sediments.

The nurse sharks are the bottom dwellers mostly found in the warm and shallow water of tropical and subtropical regions. They are titled as the laziest sharks among all the shark species because they are always found resting at the ocean floor during the day time and put some efforts to catch their prey in the night time. The dietary chart includes small fishes, crustaceans, mollusks, squid, snails, lobsters and many other small creatures of the ocean. They hunt by manipulating the prey by their unique body gestures. Hope this article will help you out to gather enough knowledge about the idlest shark’s species.