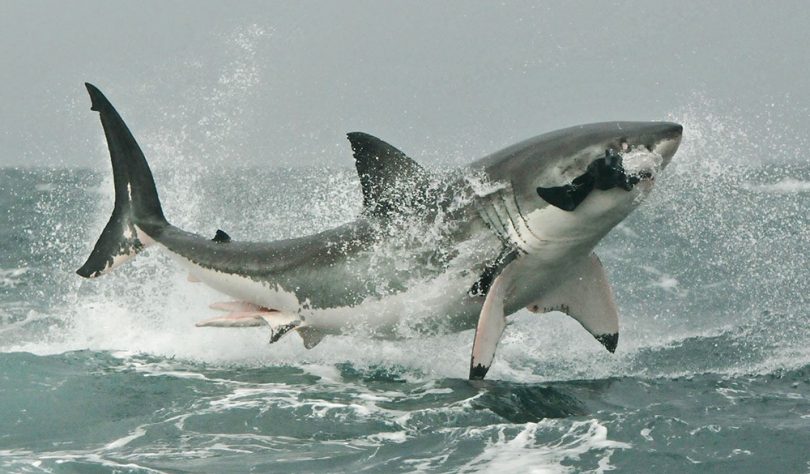 Discovering the underwater world has been a dream of so many, and yet it largely remains unexplored, as it doesn’t only take the courage but also the strength and capabilities to dive deep down into the oceans. As calm as it looks on the shore, the underwater world is full of mysteries, undiscovered objects, horror, and whatnot. While you try to gear up to go deeper, then comes the never-seen, enigmatic, and blood-curdling sea creatures.

Oceans are home to hundreds and thousands of creatures, many of them which are not yet learned. From the giant beast’s sharks to the small zooplankton, the underwater world is full of all different creatures of varying sizes, shapes, and colors.

Though it’s not necessary to know about them all, we all must know the most dangerous sea creatures that, at all costs, we should avoid when swimming in the oceans. Consider it a safety measure and get to know the dangerous sea animals you may face while you are in the depth of the oceans.

The most dangerous sea creatures in the world

For a long time, it was believed that sharks, as they are apex predators, are the most dangerous beasts of the oceans; however, it’s not exactly true. There are species of sharks that are dangerous and may kill humans, but there are many other deadly sea creatures dwelling in the ocean world.

What looks the most powerful and the biggest are sometimes not the most dangerous. So, do not be mistaken by the size, but do look for the potential sea creatures that can harm you.

With that said, let’s get on to the list and get a brief overview of each perilous species.

A lionfish is an attractive creature but stays away from it because its spines contain a nasty neuromuscular toxin similar to that of cobras. Some species have enough venom to cause severe discomfort for several days after they bite, which may lead to heart failure or death. Lionfish are native to the Indo-Pacific region, where they consume a variety of invertebrates, mollusks, and small fish.

There are venomous spines on the tails of stingrays. In the event of an accident stepping on a stingray, it might strike you with its tail, creating an infection in the wound. Often, stingrays are difficult to see because of the sand they cover themselves with to hide from potential predators.

The Barracuda lives in subtropical oceans around the world and is one of the world’s largest ray-finned fish. There is a surprising amount of unprovoked Barracuda aggression toward humans, including attacks that happen without any human incitement. Because of its array of razor-sharp teeth, a bite from a great barracuda may leave you with deep cuts and missing chunks of flesh.

Pufferfish mostly contain toxic substances called tetrodotoxin, which can be fatal to fish and humans. Getting close to pufferfish is extremely hazardous because one pufferfish contains enough toxins to kill 30 adults, and there is no cure to be found.

Do not be mistaken for their unique and colorful appearance; they are some of the most venomous creatures you will ever face in the waters. Many different toxins are contained in the venoms, and some of them are extremely toxic, even deadly. Humans are not preyed upon by snails, but it is often the attractive shells that draw people to them, and they get stung when they handle them. Remember, for cone snail stings, anti-venom is not available.

The sea snake family contains a wide variety of species, all of which are extremely venomous. It is important to remember that sea snakes are mostly shy and not aggressive, but if startled or threatened, they will bite, and a sea snake bite can be fatal.

This venomous octopus is found in the Pacific and Indian oceans in current pools and coral reefs. It harvests the venom on purpose to paralyze prey. As their venom contains the powerful tetrodotoxin, they are dangerous to humans in spite of their small size of 5 to 8 inches and relatively docile nature. In the event of being stung, one may experience total body paralysis.

Despite barely appearing to the naked eye, this venomous jellyfish is one of the most dangerous sea creatures on the planet, capable of killing an adult within a few minutes. There are 51 known species of box jellyfish, and even though their sting may not look dangerous, it’s deadly, containing enough venom to kill 60 people. The tentacles of this terrifying creature can attach venomous nematocysts to the body and cause unbearable pain.

Our minds tend to drift immediately to sharks whenever we think of danger in the sea, probably due to the shark’s large size and sharp teeth. Nevertheless, as we have seen, despite the beauty of the ocean, there are many dangerous creatures in it. Box jellyfish are the most dangerous sea creatures whose venom can kill you within minutes. It is important, however, to treat all marine life with respect and not to provoke them in order to avoid unpleasant encounters with dangerous sea creatures.