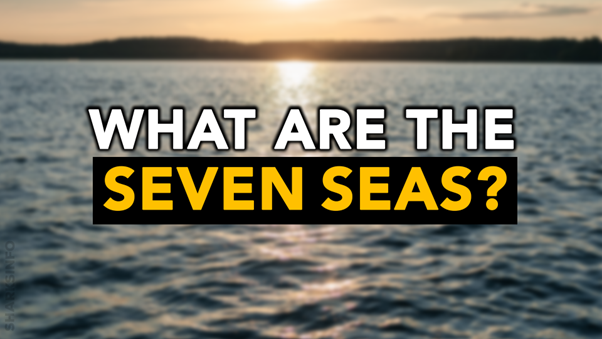 The Seven Seas is a term that is used to represent all the seas and oceans of the world collectively. Well, 97% of the Earth’s surface is covered with water which contributes greatly to changing weather conditions, the atmosphere, and the living habitat of the people as well. But it’s not enough, the seven seas of the globe have much more to discover.

What Are The Seven Seas?

In historical times, the seven seas are a term that describes all the large water bodies which include those helpful for trading purposes, exotic, regional, and far away water bodies. Further, the phrase covers the 7 largest water bodies of the world including seas and oceans.

What Is The Historical Background Of The Seven Seas?

In ancient times, the 7 number is considered very significant, not only culturally but also religiously, such as there are 7 colors in the rainbow, seven wonders of the world, and seven days in a week. So, there are no particular facts behind the “seven seas”, it is just the phrase “Sail the seven seas” used by sailors to represent the large water bodies of the universe. However, the names under this category are not specific, they kept on changing with time.

What Seven Seas Are Called In Ancient Times?

The marine researchers include the following water bodies under the category of seven seas:

What Are The Modern Seven Seas?

Interestingly, the modern classification of seven seas includes the ocean bodies, such as:

2:  The Antarctic Ocean – it covers the Southern parts of the largest oceans of the world..

3:  The Indian Ocean – extends between South Australia and Africa.

4:  The North Pacific Ocean – extended between the Artic region to the equator.

5:  The South Pacific Ocean – stretched from the equator to the Antarctica region.

6:  The North Atlantic Ocean – extended from North America and South American coast to Europe and the African coast.

7:   The South Atlantic Ocean – extended from the equator towards the Antarctica region.

Instead Of Oceans, Why These Water Bodies Are Called Seven Seas?

This is because the word ocean means very large sea.

Seven seas are a term that is used since ancient times to represent the large water bodies of the Earth, probably used by sailors. Based on people’s instincts, the number 7 is considered significant in ancient times which is why to represent the water bodies 7 is marked as substantial. However, the names under the Seven Seas kept on changing with time. Anciently, it includes both seas and oceans but now the modern phrase represents only the oceans of the world, as seas are smaller than the oceans and are part of oceans.