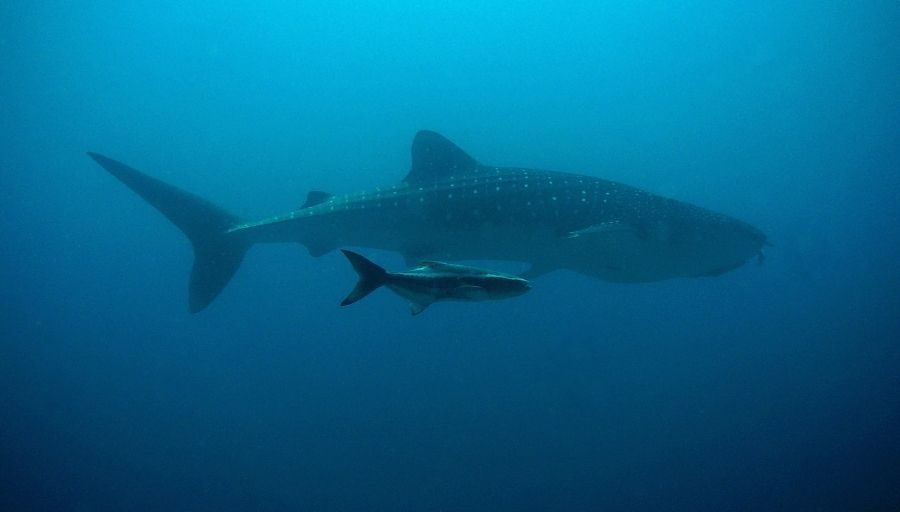 Are you wondering what is a baby shark called? There are over 500 shark species, but all of their young are called puppies! We know that sharks are so different in size and body shape so this means that they also reproduce very differently. This article talks you through the reproduction and life cycle of sharks and more interesting shark facts.

What Is A Baby Shark Called | Reproduction

Female sharks are larger than males, which can be difficult for the males during mating. They bite the female to keep hold of her, then tip her over and use their finger-like appendages, known as claspers, to deliver their sperm. The female stores the sperm of the males until the time is ripe to fertilise the egg and sometimes waits for years.

When a shark is born from an egg, it does not have a shell like a chicken. A shark egg case has a tough membrane, known as a ‘mermaid’s purse’ because of its colour and shape.

The number of baby sharks born at the same time can range from one to thousands. It depends on how the mother shark gives birth. When the baby shark hatches from an egg, many others will be born with it. This is due to the fact that baby sharks are very small if they hatch directly from an egg and therefore are more likely to die. This is also because the young are known to eat their siblings’ egg membranes.

If the baby shark grows inside the mother, it is more likely that there will only be a few babies. Baby sharks are better able to fend for themselves when there are less of them and are more likely to survive. So how many are born each time really depends on how they are born.

A baby shark is called a puppy, and can be born in three different ways, depending on the type of shark.

An Oviparous mother shark lays eggs on the shallow sea floor. The egg case contains all the nutrients the puppy needs to grow from a fertilized embryo to a fully grown shark pup. Once the shark mother lays the egg in a good place, she swims away and leaves it. The egg case is camouflaged to mix with the seabed and algae. When the puppy is ready, it breaks out of the egg and is independent.

Examples of Oviparous sharks include:

Examples of Ovoviviparous sharks include:

A Viviparous shark has a placenta that that connects the mother to the baby shark. This placenta supports and feeds the baby until it is ready to be born, much like a human. When puppies are born, they don’t stick around long. All sharks are born ready to swim, hunt and live independently.

Examples of Viviparous sharks include: