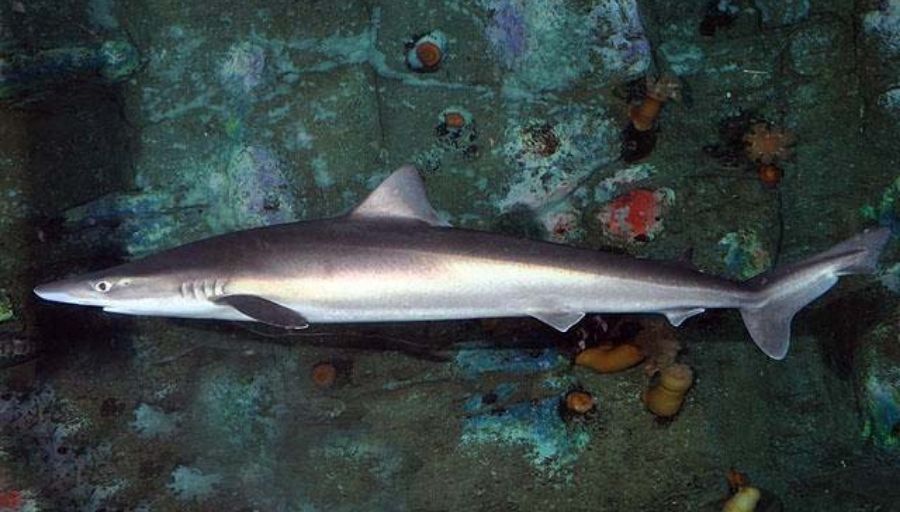 Have you ever heard a name of a shark named School shark? If not then you might know them by other names like Snapper sharks, Tope sharks, or Soupfin sharks. The School or Tope sharks may have different names but scientifically they have only one name – Galeorhinus galeus. The species belongs to the family Triakidae and are the one and only member of the genus Galeorhinus. Read on to explore more about the unique species of shark – the Tope shark.

Where Do Tope Sharks Live?

The Tope sharks are widespread in the coastal waters of the temperate zone of the Mediterranean Sea, North-East Atlantic, and South-East Atlantic region. They are also found in oceanic regions of Southern Brazil, Columbia, the Southern coast of Australia, Baja California, North-West Pacific, New Zealand, Iceland, Faeroe Islands, Norway, the Indian Ocean, and the Gulf of California.

What Habitat Do Tope Sharks Inhabit?

The shark species lives in the insular or continental waters, in the surf zone as well as in the offshore waters. The species are mostly spotted near the bottom of the surface at the depth of 1,804 feet or 550 meters. Sharks are highly migratory species that travel a long distance of 35 miles or 56 km per day. During the summer season, the sharks migrate towards the poles, whereas, during the winter season, the species moves towards the equator.

What Do Tope Sharks Eat?

Tope sharks feed on a variety of foodstuffs such as invertebrates including octopus, sea urchins, squid, marine snails, and crabs. The fishes are also included in their menu cards such as pilchards, salmon, midshipmen, kelpfish, tuna, hake, flying fish, mackerel, and damselfishes. They also feed on cephalopods, echinoderms, crustaceans, and worms.

What Is The Reproductive Mode Of Tope Sharks?

The Tope sharks are ovoviviparous which means the fertilization of eggs occurs internally and remains in the uterus where the developing fetus receives nourishment from the yolk sac. After the completion of the gestation period of one year, the mother gives birth to 28 to 38 pups. The mother gives birth in nurseries usually called “pupping areas” where the young lives for about 2 years and are then set free to live their life independently. The Tope sharks reach the maturity stage after 8 to 15 years – 10 years for females and 8 years for males.

What Is The Conservational Status Of Tope Sharks?

ICUN listed Tope sharks as the critically endangered species on the Red list. It has been reported that about 80% of the population is reduced due to human activities. Overexploitation of sharks for their flesh, liver oil, and fins results in the disappearance of species from the ocean water. Moreover, habitat degradation, climate change, pollution, and deep sea magnetic cables force the species to migrate to other localities.

Tope sharks also named School sharks to belong to a family Triakidae and are interestingly the only member of the genus Galeorhinus. These sharks have a worldwide distribution in a temperate zone. Physically, they have an average length of 1.4 to 1.8 meters and weigh about 98.5 pounds or 44.7 kg. Moreover, they feed on a variety of food items and adopt the ovoviviparous mode of reproduction – the mother shark gives birth to young ones in nurseries like estuaries and shallow bays. Sadly the species are listed as critically endangered by IUCN due to an increased level of exploration by humans. A proper conservational program should be designed to save them from being extinct.