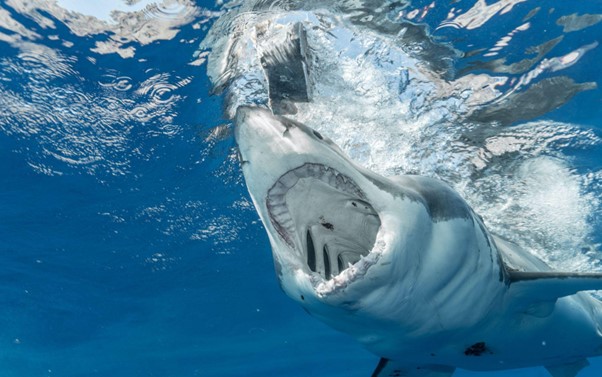 You know that the one on the top has limited friends but the list of enemies is very long – same is the case with sharks, being the top predator of the food web they have the worst enemies around them!

Let’s dive deeper into the ocean water along with sharks to meet their enemies!

Although sharks have many enemies that are always in a mood of attack, but among all, we have shortlisted some of the worst enemies of the sharks:

Talking about the worst enemies of the sharks, humans have been on the top of the list. Humans are threats to sharks – due to human interference, the number of sharks are decreasing in the oceans. Human activities such as overfishing, shark finning have greatly affected the population of sharks in the ocean. Many species of sharks do migrate to other localities to save their life!

Sharks finning is the most cruel activity – it is the cutting of the sharks fins off to make soups, and then dropping off the sharks alive back into the ocean, leaving them to bleed which leads to the death of sharks due to suffocation.

Moreover, other factors such as pollution, change in habitat, by-catching (trapping of sharks accidently by using fish net), and development in coastal areas are the reason for the disappearance of sharks from the ocean – disturbing the balance in the ecosystem! It seems like humans are to blame for the death of 100 million sharks every year.

The species of killer whales named as Orcas attack sharks in a group, once they spot sharks – they begin to circle around them, attack from all sides so that the sharks do not have a chance to escape and rip the shark into pieces. This is the reason many sharks move to other localities if they found killer whales in the oceans and would not return back even for months or years.

Dolphins and sharks are the two most important species of the marine ecosystems minding their own business but they are also known to be one another enemies and act aggressively! Hates each other! Dolphins most of the time attack small species of sharks and act violently towards the larger species of sharks and sometimes knock them down as dolphins always attack sharks in a group!

Pod of dolphins encircled the sharks from all sides and hit them hard with their strong snout on the nose and underneath belly, the attack injured the sharks badly. The dolphins mostly do it to protect themselves from sharks.

Well, it is hard to believe that some species of sharks are enemies of each other but that’s true! Many species of sharks kill other shark’s species only for the sake of food. Most sharks are opportunists, they eat up everything which is available, without caring about the members of their kingdom!

Sharks species such as basking sharks, tiger sharks, whale sharks, great white sharks, Greenland sharks, hammerhead sharks and bull sharks are reported to attack other species of sharks, usually young and juvenile sharks but sometimes also attack on their own members as well.

Sharks being the top predator of the ocean, they have many enemies around them. The top enemy among all is YOU! Yes, human activities such as finning, overfishing, and pollution are the reasons for declining the shark’s population from the oceans.

Underwater worst enemies are the killer whales and dolphins – which always attack sharks in groups. Some species of sharks are also known to attack their own members for food! Being the top predator of the ecosystem and maintaining that position for such a long period of time is not easy at all! Hats off!