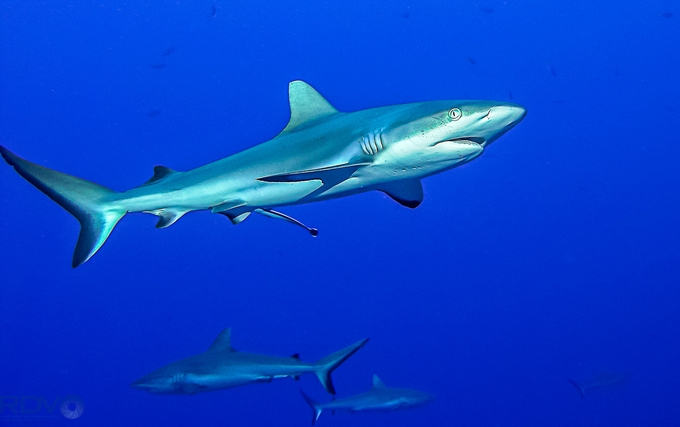 Sharks belong to a diverse group of fishes which varies from a few centimetres to 60 feet in length. When you think of the world’s largest shark, the first name which strikes your thoughts is the Great White shark! Right? Wrong! The Great White is not the biggest monster there is another mysterious creature who is crowned as the world’s biggest shark in a shark’s kingdom! The species grows to an enormous length and has captured the attraction of people!

Let’s go through the article, to find out more about this enigmatic creature that has been living in the ocean for a long time!

What Is the Biggest Shark in the World?

They are named so because of their enormous size!

Yes! Whale sharks are ranked as the biggest shark living in the extended oceans. Despite their name, Whale sharks are not whales, they belong to a group of cartilaginous fishes and are known as the biggest creatures among all the sharks and even fishes of the seas and oceans. Whale sharks are gigantic, graceful and harmless sharks that can grow as long as the size of a school bus! The exceptional size of Whale sharks allows them to travel long distances to search for enough food necessary for their survival.

What Is the Size of Whale Sharks?

Whale sharks are the biggest known creatures of the ocean water that can grow to a maximum length of 18 metres or 60 feet and weigh over 60 tons. On average, they can reach approximately a length of 12 metres or 40 feet with a weight of about 15 tons. Moreover, Whale sharks give birth to hundreds of young pups that are about 20 inches or 45 centimetres in length.

What Habitat Do Whale Sharks Prefer?

Whale sharks prefer to live and swim in the warm waters of tropical and temperate regions. These shark species are found in the open waters of the Atlantic Ocean, Indian Ocean, Belize, Ecuador, Gulf of Mexico, the Philippines, South Africa and Australia. The water temperature of 70 to 80 oF is suitable for their survival. They avoid deeper waters and are mostly spotted in the shallow waters near the coastal regions where enough food is available for them.

What Is the Diet Menu of Whale Sharks?

Whale sharks feed on a variety of foodstuff because they are filter feeders, and their diet mainly includes planktons. The sharks avoid large prey, they feed on small fishes, krill, jellyfish, crabs, mackerel, squids, copepods, shrimp, molluscs and algae. Whale sharks like other sharks do not include humans in their menu cards! Due to their giant size, the sharks need to eat much more to sustain their heavy bodies.

What Is The Average Life Span of Whale Sharks?

The average lifespan of Whale sharks is not known now but according to an estimate, they can live for about 70 years. Scientists also predict that the shark’s species can live even longer to an age of 100 to 125 years, but no truthful data has been known to science regarding their age.

Do Whale Sharks Face Any Threats?

Of course! Living in the ocean is not easy at all! Whale sharks, being the largest known sharks have to face many difficulties and threats under the water. The sharks are threatened by other predatory animals such as Orcas – the killer whale, The Great White sharks and the Basking sharks. These species mostly attack the young babies because the mature Whale sharks are difficult for them to challenge.

Another, most common threat to the shark population is human activities, overfishing and finning are the dreadful threats that sharks have been facing for a long time. These activities end up with the death of these important ocean creatures. To avoid a human encounter, many sharks leave their natural habitat and migrate to new localities for their survival.

Yes! Whale sharks, despite being the biggest creature of the ocean, are listed as endangered by the International Union for the Conservation of Nature (IUCN) because their population is declining rapidly. The studies suggest that in the last 75 years, the population of Whale sharks has decreased by 50% all over the globe. Furthermore, no accurate data is available about the number of species living in the oceans today.

Seas and ocean waters offer a home to all the species of sharks, among all the biggest known species of the shark’s epoch are Whale sharks! On average, they can grow to a length of 12 metres and weigh 15 tons but reportedly they can reach a maximum length of 18 metres with a weight of 60 tons. Other than that, they are one of the three large filter feeders of the oceans, interestingly, they have an average life span of 70 years but might go up to 100 years as well!

Whale sharks, like others, have to face many threats under the water as well as on the surface of the water – human activities cause a drastic decline in their population which is why they are listed as endangered species! A proper management program must be needed to conserve these incredible species of the oceanic world!