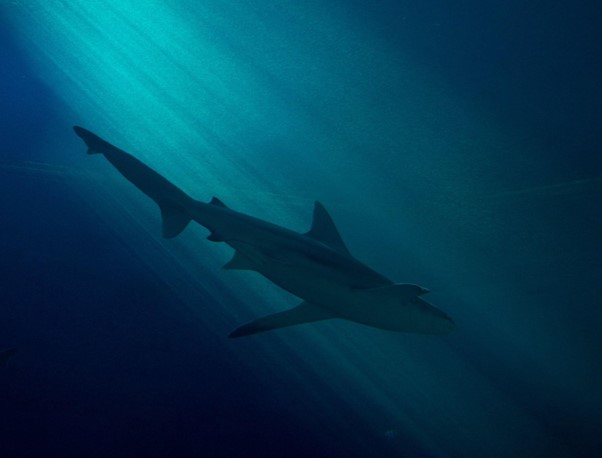 More than 500 species of sharks live in the ocean, each of them wandering in the open water in search of food. To survive, sharks have to be swift. There are species of sharks that can swim ten times faster than a human swimmer. So, if you are wondering which shark is the fastest then bear with us because in this article we are going to reveal the fastest shark.

What Are the Fastest Sharks?

According to studies, the Shortfin Mako shark is titled the fastest swimmer of the ocean. The other sharks that compete with the speed of Shortfin Mako sharks are Salmon sharks and Long-fin mako sharks. However, both shark species are famous for the short burst of speed whereas the Short-fin mako sharks are known for the long burst of speed and are capable of maintaining the average speed for a longer period.

How Fast Are Short-Fin Mako Sharks?

The Mako shark can swim as fast as one can’t imagine. Swimming in the ocean without chasing anything, the Mako shark wonder in the ocean water at the speed of 1.5 mph or 2.4 kph but when it comes to hunting prey, the Shortfin Mako sharks can swim at the speed of 50 kph (kilometer per hour) and can even attain a speed of 80.5 kph equivalent to 50 mph (miles per hour)! The speed is 10 times greater than the Olympic swimmer! Furthermore, the shark species are capable of traveling a long distance of 38 miles in a single day or 1,300 to 1,700 miles in a month! Imagine the speed now!

Why Shortfin Mako Sharks Are the Fastest Species?

Shortfin sharks are known as the fastest sharks as they are capable of attaining the maximum speed of 80.5 kph or 50 mph – this is the fastest speed ever recorded among all the members of the shark’s kingdom. Moreover, the shortfin sharks can accelerate from the rest position quickly and cover a distance of 30.5 meters in just 2 seconds!

Interestingly, the top predator of the ocean has many fast fishes of the ocean in their menu card including Tuna fish and Swordfish – the Shortfin Mako shark attains the same speed or even greater speed to grab the divine fishes for dinner!

The Shortfin Mako shark does not learn how to speed up they are blessed with the special traits with which they are born. Let’s explore the salient features which power their speedy behavior:

Streamlined body shape: The torpedo shape of the body allows the Shortfin Mako sharks to swim swiftly through the water waves and helps them to overcome the resistance produced by the water currents.

Powerful caudal overturn: The caudal keel helps the tail to propel the water backward and gives a speedy burst to the shark’s body.

Large lunate tail: The lunate tail moves alongside to push the body of Mako sharks forward with fast speed.

Ram breathing: Mako sharks like other sharks do not have lungs to respire instead they have large livers which provide sharks with buoyancy to help them to swim underneath the water. The faster they swim, the more they draw oxygen from the flowing water to breathe – the Ram ventilation phenomenon!

Endothermy: The endothermic nature of Shortfin Mako sharks helps them to generate a lot of internal heat of the body which they use to fuel up their body to swim faster in water.

Flow separation: It is a unique phenomenon adapted by Shortfin Mako sharks in which the skin of sharks allows them to swim swiftly and glide easily through the water. The skin of Mako sharks bears small scales like appendages called dermal denticles which help to overcome the water resistance by reversing the direction of flowing water.

In the ocean, many species of sharks are living and swimming at their average speed but the fastest known species among all of them is the Shortfin Mako sharks which can swim normally at the speed of 50 kph but when it comes to chase prey, they can burst with a speed 80.5 kph! With such a speedy nature, the shark’s species are capable of covering a long distance of 38 miles in just one day.

Certain features such as a streamlined body, caudal keel, ram ventilation, flow separation, and endothermic nature allow these species to swim with extremely fast speed! That’s all about the fastest shark in the ocean water! If you think that you are a better swimmer than the Shortfin Mako sharks, then why don’t you compete with them to know who wins the race?