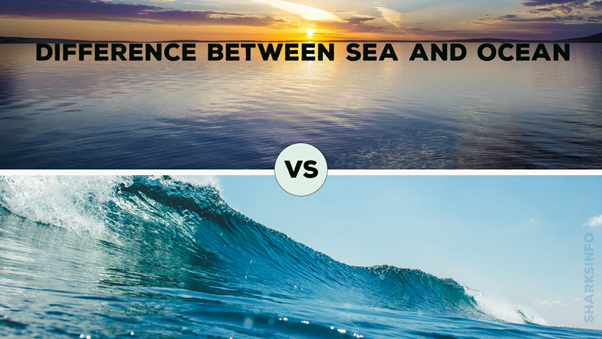 Oceans and seas are both water bodies that form a habitat for marine animals. Both oceans and seas are made up of salty water. Oceans are relatively bigger and seas are much smaller than oceans; seas are partially enclosed by land. However, plenty of dissimilarities make these two distinct from each other.

Contradistinction Between a Sea And an Ocean

Oceans Present On Our Planet Earth

All these oceans are furthest redivided into smaller water bodies known as seas. On one hand, oceans are vast portions of salt water whereas seas, though having salty water, are portions of oceans that are partly surrounded by land.

Most Famous Seas In The World

There are a total of 50 seas present in the world. Some of these are famous due to the tourists visiting there and the marine life existing in that sea is eye-catching and the view is spectacular. Some renowned seas include…

Its alluring beauty speaks for itself; it’s a part of the Atlantic Ocean and it is surrounded by ( the three continents) Africa, Asia, and Europe. Many tourists like to travel in this sea to see the wildlife as many whales, dolphins, sharks and other animals are seen living in nature and enjoying their life.

It is said to be the saltiest water body present in the entire world. It is so salty that no living organism can possibly live in this sea. Only some microscopic algae and bacteria can live in such a salty condition. A strange fact is that it is the lowest point on the planet Earth.

It is one of the largest seas and is mostly visited by tourists and travel guides; its area is almost 10,63,000 sq miles. It lies between North and South America, connecting to the Atlantic Ocean. Its pure blue color water gives a spectacular view to the spectators. The colorful marine life adds more beauty to the blue water and it’s a sight to see; nature in its purest form.

Some humans are messing up our ecosystem as a whole, especially our marine life by throwing garbage in the seas, putting dunks and oil tanks and it is killing animals in the sea- this is a crummy act; it’s awful and humans should stop being inconsiderate of sea life.

Oceans are bigger in size and deeper and it’s without any partially enclosed land. Seas are smaller water bodies as compared to oceans and, it is shallower than an ocean and is partially enclosed by land. Sea water is always salty; this is the reason most people would not go out to swim in the sea; whereas they enjoy scuba diving and seeing marine life in oceans.