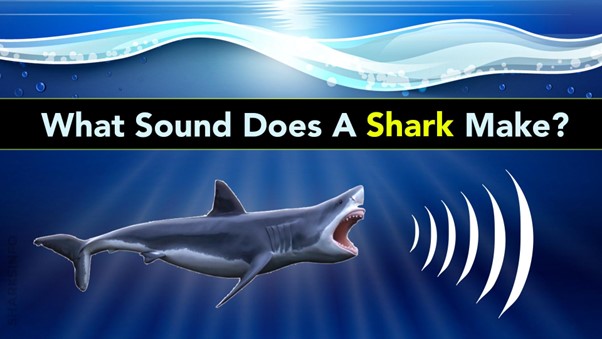 The shark is the largest silent predator of the sea and one of the highly intelligent marine creatures. But have you ever heard a shark making any sound or noise? Well, that’s a mystery and an intriguing question that pops up in every shark enthusiast’s mind. Let’s look into it.

What Sound Does A Shark Make?

Surprisingly, the shark does not make any sound. Yes, sharks do not possess the ability or the organs (vocal cords) to produce sounds, that’s why nobody has ever heard the sound of a shark. Even when they move in the water, they move very silently that’s why they are known as silent predators of the sea. They are able to do so because of the modified scales present on their bodies.

Do Sharks Make A Growling Noise? Or Do Sharks Roar?

Not growling or roaring, but one specie of shark called the Draughtsboard Shark, which is a native to New Zealand can reportedly make a barking sound. But researchers believe otherwise. According to possible scientific explanations, the Draughtsboard Shark inflates just like the Swell shark and Balloon shark.

Once it gets inflated with the air, as soon as it releases that air from its body, it produces a barking sound. Thus, one cannot say that sharks are producing those sounds on their own as they don’t have the organ.

What About The Sounds Of A Whale Shark?

In 2016, during a recording of a TV series Blue Planet II, the recording crew picked up on some sounds which they believed came from the whale sharks swimming around them. They heard some “low gravelly whisper” and associated some harsh rattling sounds with the sperm whales. But this is not scientifically proven, nor they were sure about it. Those sounds could be of remoras or any other fish swimming along with whale sharks. So, keeping in view the scientific evidence, whale sharks are also unable to produce sounds.

Like any other specie of shark, the great white shark also does not produce any sound or make noise. It does communicate with other sharks via jaw gaping, body arching, or via specific tactics, but it is unable to vocalize.

Do Sharks Make Noise When They Attack?

Sharks aren’t called silent predators without any reason. Their ability to produce no sound at all makes them a top predator in the oceans. While attacking their prey, they move very silently, so their prey does not manage to escape.

How Do Sharks Communicate?

Sharks cannot make any sound to communicate, so they use their body language for this purpose. They either change their position or perform certain body movements to signal other sharks. They make use of their fins to touch other sharks to inform them about their mood, whether good or bad. Sharks also manage to communicate by electroreception and via pheromones.

More insight into sharks’ communication strategies can be found here.

Can Sharks Hear A Sound?

Though sharks cannot make sound, they can hear crystal clear because their hearing senses are well-developed. Their internal ear detects sound, gravity, and acceleration. They are able to pick up on the sound of their prey from miles away and get ready to enjoy their meal.

Sharks cannot make sounds as they lack vocal cords. They use their body language and touches to communicate with other sharks in the ocean. However, only one specie of shark is believed to make noise but that is also not a proven fact. Their acoustic senses are very sharp as they can hear the sound of the fish from miles away, thus, even being a mute specie, they are still the intelligent ones.