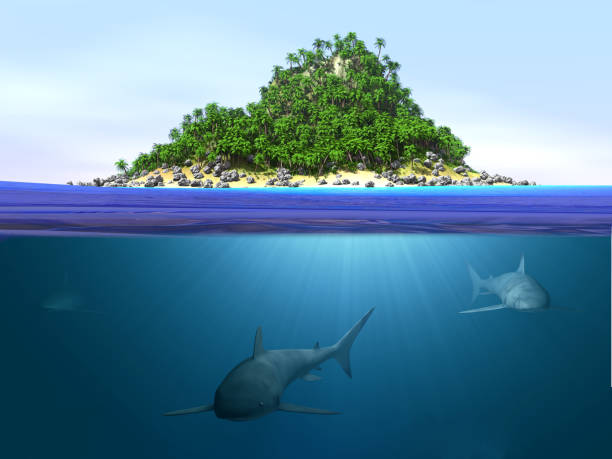 Seeing sharks is a mesmerizing experience for one, let alone swimming or diving with them. If you are not in a place where sharks are abundant, you may never get a chance to see one. So what can we do in this context? Well, knowing which ocean has the least sharks can help you and save you time and resources. More importantly, you will learn about sharks’ habitat requirements and will get a better understanding of the species.

Where are sharks usually found?

As a species that has existed for millions of years, sharks are virtually found in every major ocean of the world, and they have been diversified into more than 500 species over the course of their existence. From varying in sizes, shapes, and colors to their habitat, each species of shark exhibits different behavior and adaptableness to the environment. Thus, you may not be able to find all species in one place, but they are all scattered around different oceans, lakes, and rivers.

Pertaining to this, do you know which ocean has the least number of sharks? Let’s proceed and find out.

Which ocean has the least amount of sharks?

While sharks inhabit all seas, they do not usually inhabit fresh water. There are exceptions, however, such as the bull shark, which can swim both in a seawater environment and in freshwater. It’s important to realize that sharks are somehow sensitive to seasonal change and water temperature. It is, in fact, the reason why you see sharks migrating from one region to another.

Generally, sharks prefer warm waters and are found at depths up to 6,600 feet. Following this notion, we can say that the Antarctic and the Arctic are the oceans that hold the least number of sharks.

As cold-blooded creatures, sharks have incredible adaptations that allow them to inhabit colder waters, but in actuality, they prefer warm water environments.

Do all oceans have sharks?

It is natural to see sharks in all oceans, which are interconnected by a system of ocean currents. However, some areas have more sharks than others because of their vastness and diverse conditions for life. Occasionally, sharks can be spotted in locations where they aren’t normally seen because they are migratory in nature.

Conversely, you can say that there are no oceans in the world without sharks. In case you are wondering, what ocean has the most sharks? Check out here.

Sharks are predatory animals and are found in all major oceans of the world. However, different parts can have more sharks in numbers than the other parts. It all depends on the aquatic environmental conditions. With all that said, sharks prefer to live in water where they can find food easily and in abundance. As most marine creatures dwell in warm water, so are the sharks.

Nevertheless, shark extinction is something the world isn’t ready for. In order to ensure their survival, you need to let them live and thrive in their natural habitat.