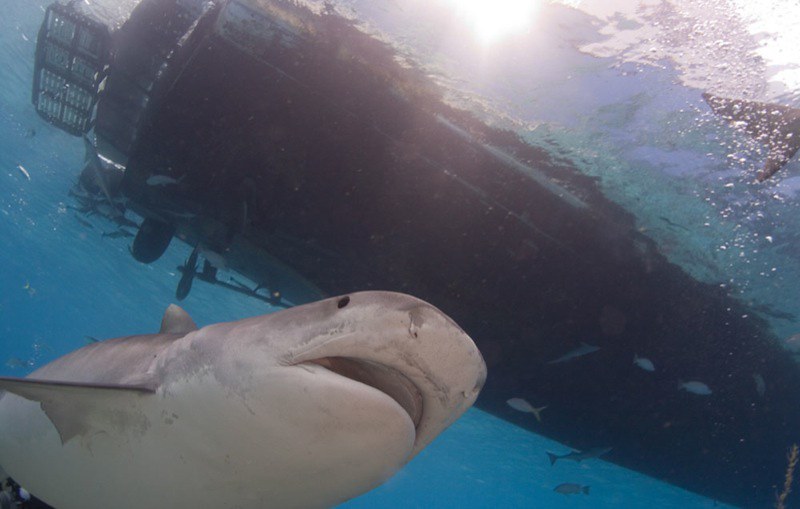 The epitome of fear, the giant beasts, the man-eaters, and many other titles we have assigned to the ultimate predator of the oceans, the shark. It is difficult to imagine what it will be like to face such a creature in its natural environment when just hearing the name alone conjures up feelings of threat and danger. Dwelling in the world’s oceans way before the dinosaurs, almost all of us are familiar with sharks in one way or another.

Even though the fear is real, it doesn’t prevent people from exploring the deep sea, which is often necessary as the blue economy booms. However, it has caused a number of shark attacks on humans and has resulted in many casualties over a period of time.

Though shark attacks are not so common these days, it’s important to know which shark is responsible for most human attacks, so if we ever have to go into the waters, we can take appropriate safety precautions.

It is a common perception that all sharks are dangerous to humans and will attack the minute they find a chance. Similarly, there are people who believe that sharks will tear apart humans and will eat like other animals.

However, when you learn about the species, you will discover that there are over 500 species of sharks, and each one of them is different from the other in respect to size, weight, colors, and even behavior. Likewise, a few species of sharks have relatively big mouths and powerful jaws with razor-sharp teeth capable of tearing apart anything that comes in between; but they do not like to feed humans, but they have their own food preferences. Find out what is a shark diet.

Moving forward, attacks cannot be neglected, especially where there are shark-infested waters. Water activities are common around the world, and it’s not possible to stop humans from going into the oceans, nor is it feasible to vanish the sharks completely.

Remember that sharks are integral to the healthy blue oceans as they are keeping the marine population in balance. Moreover, they are important to us for a variety of other reasons, and their extinction would cause major havoc not only underwater but, on the ground, as well.

With that said, human life is important, and no matter what needs to be protected. Thus, let us find out which shark is responsible for most human attacks.

What shark is responsible for the majority of human attacks?

As mentioned earlier, there are a variety of shark species living in the ocean water, and not all cause damage to humans, but shark species like the great white sharks and the tiger sharks are believed to be the most dangerous of all. It’s often hard to imagine which one would have caused the most damage.

When it comes to the species accountable for the majority of human attacks, the badge is taken by none other than the declared most dangerous species, the largest predatory shark, the great white shark. Not speaking hypothetically, it has been the case as declared by the Florida Museum International Shark Attack File, which states that great whites top the list of the most shark attacks on humans with a total of 354 attacks out of which 57 were fatal unprovoked.

Although most shark attacks occur due to human incitement, this data proves that in the case of great whites, the shark may attack even if not provoked. This single point highlights how dangerous or aggressive the great white can be. Nevertheless, you should always have an understanding of when a shark attacks and how you can tell if it’s near.

Following the great white comes the tiger shark and the bull shark with a total of 138 and 121 attacks, respectively.

As far as shark attacks go, the tiger, bull, and white sharks are the “Big Three,” with attacks in double digits.

Nevertheless, the top position goes to the great whites, so do check out where they are found, how do they reproduce, and what’s their bite force.

Contrary to the common perception, the great whites do not hunt humans, but they largely feed on large mammals, seals, dolphins, and other sharks. Considering how large and heavy they can be, you might want to learn how much they eat.

As a matter of fact, you see that there are thousands of sharks killed each year by humans, mainly out of fear or to get their find, meat, oil, and other parts. This has resulted in a significant reduction in the shark population, so much so that several varieties of species are either declared as vulnerable, threatened, or extinct by the IUCN.

Considering the shark’s importance, they need to be protected and conserved, and for that, the first step you can take is to learn about the species and let them thrive in their natural habitat.

Sharks are the fascinating creatures of the marine world. The more you learn about them, the more you desire to see one for yourself. However, the fear of shark attacks often prevents people from going into the water. When it comes to the data of which sharks lead in terms of most human attacks, it is none other than the white pointers, aka the great white sharks.

The point is that sharks should not be feared as they are, but we should understand them and let them live peacefully, as they are also responsible for providing us with healthy blue oceans.