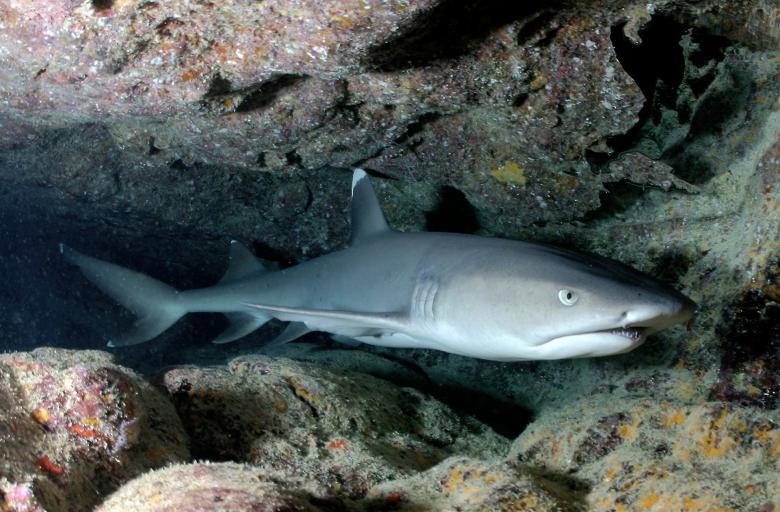 Sharks are both freshwater and marine water creatures. But there’s always a myth about their actual mode of survival. Which sharks live in freshwater and why? Let’s dive deeper in the ocean of freshwater to find out about the sharks living there.

Sharks are freshwater creatures but are also found living in marine waters. Sharks that are capable of surviving in freshwaters are named as River sharks. Physically freshwater sharks are short with small eyes and broad snouts. According to documented data, River sharks can reach about 9 feet in length as well and are usually larger in size comparable to ocean sharks. Freshwater sharks have high oil content in the liver which helps them in floating and prevents them from sinking. Due to human activities, Freshwater sharks face a high level of threats and are not more efficient than ocean sharks when hunted. So they are considered as aggressive species of sharks.

Here are some of the examples of freshwater sharks with their specific features that help them in surviving in freshwater bodies.

Bull sharks are documented as one of the most dangerous species of sharks living in freshwater bodies and recorded as having a high number of attacks. These are large sharks with a length of about 11 feet and stocky bodies. You can find them in coastal areas, rivers and lakes swimming through the streets of Brisbane and Australia. Depending upon the salinity of water, the liver of bull sharks produces excess urea and maintains its concentration by regulating their bodies necessary for their survival.

This species of sharks are named so because of the spear-like teeth in their lower jaws. These sharks depend on small fishes, crustaceans and stingrays for their diet and follow the electroreception mechanism to capture their prey. These species are about 8.5 feet in length with broad flat heads and tiny eyes.  You can find them swimming through the tides of coastal and tropical water bodies of Australia and New Guinea.

Ganges sharks are reported as the true river sharks because they adapted to survive in freshwater environments but do not live in saline water bodies. These are originally found in India and Bangladesh, in the river of Brahmaputra, Myanmar, Ganges and Hooghly. These sharks are about 5 to 6.5 feet in length and are mostly found at the base of rivers, and search and scan their prey in the upper water bodies. These sharks possess large livers filled with oil which provides them buoyancy and helps them to float in the  water and avoid their sinking down to the  bottom of the river.

These species of sharks are also named as Red tailed black sharks and are actually a crap fish. The species is found swimming in the rivers of Thailand. Due to poaching, this species is endangered in the wild. They show aggressive behavior towards other species or when they are in a stressed state, the color of their tail fades. These are usually found living at the bottom of the river and their dietary items include algae’s, plecos and small fishes.

These sharks were also named as New Guinea river sharks because they live in tidal rivers, and coastal bays in Australia and Papua New Guinea. Northern river sharks generally live in areas with silty, muddy bottoms and poor visibility, and are also reported as the massive sharks among all the other freshwater shark species. Their size ranges between 8.2 to 9.8 feets. They possess 31 to 35 teeth in the lower jaw and 31 to 34 teeth in upper jaws. These sharks possess an electroreceptor mechanism which is helpful for them in capturing their prey.

Mythical sharks are also named as Borneo sharks because they are found living in the water bodies around Borneo North-West. They have slim bodies, long-pointed snouts, slit-like nostrils and circular eyes. They have 25 to 28 upper and 23 to 25 teeth in lower jaws which helps them to capture bony fishes as their primary food.

Why sharks live in freshwater

Most of the sharks live in both freshwater and saline water but they prefer to adopt the freshwater environments because their body produces large amounts of salts so they remove excess salt from their bodies. Moreover some of the sharks do not possess swim bladders, so they are dependent upon an oil filled liver which helps them in swimming and floating easily.