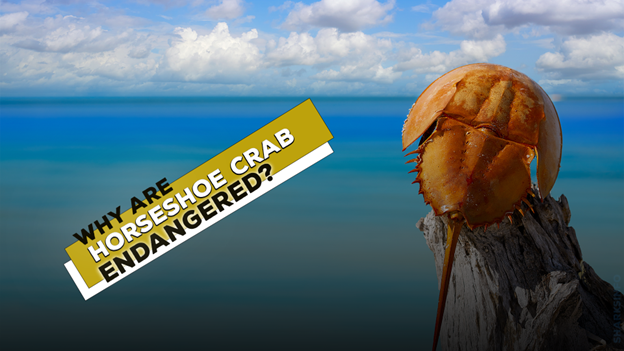 Horseshoe crabs are a keystone species in many coastal ecosystems. They are also a valuable source of food for many animals, including humans. Their role in biomedical research can also not be neglected. However, despite being an important part of coastal communities, the species has been declared endangered due to a continuous decline in numbers.

Considering their importance for the ecology, people like us are worried about their extinction and would want to know why horseshoe crabs are endangered. You may have heard a lot of theories about it, but here we are with the correct information.

Why Is the Horseshoe Crab Endangered?

Five mass extinctions have left horseshoe crabs alive in the deep ocean over the centuries. But, for some reason, the species is now in danger of extinction. Human activities are generally thought to be the main cause of their endangerment. However, there are other elements to be taken into account as well.

To sum up, we have gathered a few important points that we think are contributing largely to why horseshoe crabs are endangered. The key reasons are: