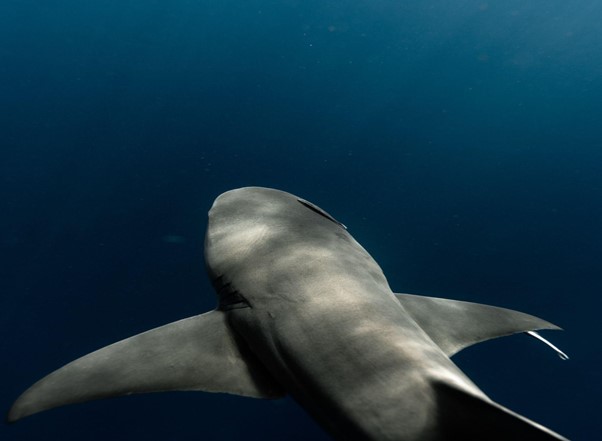 Have you ever watched sharks swimming in the oceans, if so, then you might have noticed that they only swim in the forward direction? Why don’t they swim in the backward tract?

Like all other marine and aquatic animals, sharks also have streamlined bodies which help them to swim at a faster speed throughout the ocean water. Sharks use different body parts while swimming to keep them in balance such as tails which allow them to dive deep in the water and rely on fins to keep their body in equilibrium. Actually, the shape of their body determines the pace with which they travel. Despite having such exceptional and unique patterns of swimming – why can’t they swim in the backward direction?

We will help you out to clear your puzzling thoughts. Let’s drool into the details with us to find the mystery behind the shark’s unique swimming pattern!

Can Sharks Swim in the Backward Direction?

Sharks always move in the forward direction to breathe.

Sharks are the only group of fishes that are not capable of swimming in the backward direction. Unlike bony fishes, the pectoral fins of sharks cannot bend upward to move backward. If they wish to tilt back then due to gravity they may fall behind. Similarly, any backward movement made by sharks lets the water enter the gills, affecting the respiratory system which may lead to the death of sharks.

What Happens If a Shark Swims in the Backward Direction?

Swimming in the backward direction is unsafe for sharks. Sharks can swim only in the forward direction to keep the flow of water over their mouth and gills in balance. Unfortunately, if they try to move backward, the water enters into the gills rather than flowing out, which causes suffocation and leads them to sink towards the bottom of the ocean.

Is There Any Way That Sharks Can Move in the Reverse Direction?

Yes! Sharks can move backward but there is an exception to this rule.

Have you ever heard about “Walking sharks”?

You guessed it right – we are talking about Epaulette sharks.

Not all the sharks are capable of reversing their direction except Epaulette sharks. The land sharks are capable of walking on the ocean floor, reefs, or on land as well. The pelvic and pectoral fins help them to move on the land as well as tilt backward. Despite all this, one thing you must remember is that Epaulette sharks like other sharks cannot reverse their direction while swimming, instead, they are only able to walk in the reverse direction.

Sharks always swim in the forward direction to breathe, reversing their direction will put them at risk due to disturbance in the breathing processes. The water instead of flowing over enters the gills, inhibiting the gaseous exchange – thus causing suffocation and ultimately leading to the death of sharks by drowning. With few exceptions, only Epaulette sharks have the ability to walk and tilt in the reverse direction.