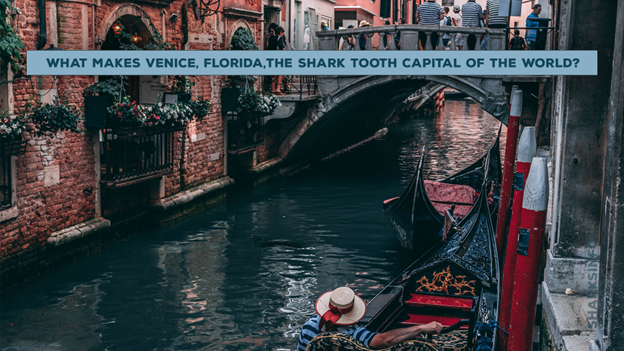 In general, it is assumed that fossilized shark teeth will be found in areas where sharks once lived, but this is not exactly the case. It all depends on the particular place; some will have more teeth present than others. With that said, out of all wondrous regions, Venice, Florida, is acknowledged as the Shark tooth capital of the world.

In part, that is due to the abundant fossilized shark teeth found there, but is that true today, and if it is the only reason for its capital status? Well, let’s explore it.

What Makes Venice, Florida, The Shark Tooth Capital Of The World?

A treasure hunt with the delights of the coast combines to make shark tooth hunting a popular leisure activity. While some do it for fun, others have a craving to collect things from the past. Not to mention, fossilized shark teeth are worth hundreds of dollars, so it’s equally popular for trading.

Venice, Florida, is known worldwide for having the most shark teeth hidden among sand and shells, which is the obvious reason why it was named the shark tooth capital. It is evident there will be more sharks in the area than in the other regions; yes, you are right about it! Further proof comes from Florida’s long-standing position as the top state for shark bites on global charts.

Additionally, given that sharks can have 3,000 teeth at a time and will lose over 25,000 during their lifetime, there are immense numbers of teeth in this area.

The warm Florida water provides sharks with the habitat they prefer to live in, and that shows why they are found there in large numbers. Consequently, they have occupied the coastline for millions of years and engorged unsuspecting prey. Humans enjoy the warm waters, too, and frequently visit the beaches around the area.

Aside from the fact that sharks inhabit Florida waters in huge numbers, the geography of the area also plays a role in making this place the shark tooth capital.

It is believed that Florida was covered with ocean water millions of years ago, teeming with sharks of multiple species. Over time, this area accumulated fossilized teeth of these underwater hunters as the land rose out of the water. As sharks lack bones, their teeth are the only part of their bodies that are discovered. Consequently, Florida’s natural topography is ideal for fossilizing shark teeth.

Having said that, when it comes to shark teeth hunting, not everyone is able to find it, but only if you are in the shark tooth capital, you’ll have a good chance to collect some. When the tide is low, more sand is exposed, making it the ideal time to hunt for shark teeth.

In light of the fact that Florida has the highest number of shark attacks worldwide, it’s not surprising that this is where the shark’s teeth capital of the world is. Nevertheless, there are other factors to consider, such as Florida’s geology and temperate water conditions, that are most conducive to sharks. With that, you have finally found a place to discover prehistoric and valuable shark teeth. Go out to explore and find one for yourself!