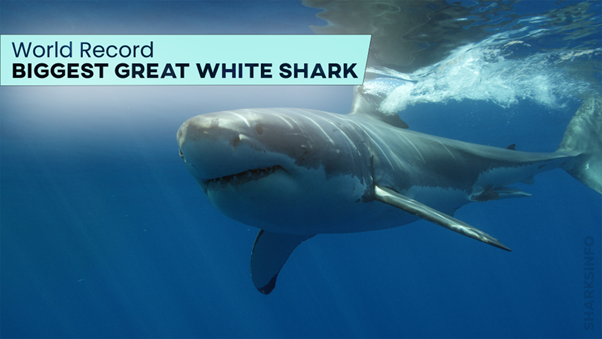 The Great White sharks are not the sharks to mess up with, there are the largest predatory animals in the oceanic world. Due to their fearsome and bloodthirsty nature, they are called the “Wolves of the sea” which are enormous and are always ready to attack. The size of these sharks is a plus point for them as they had made many world records for being the biggest species of the shark realm. Scroll down to learn about the world records made by the Great White sharks.

According to an estimate, there are approximately 450 species of sharks that are found living in different habitats. On average, White sharks can grow to a length of 6.0 meters and weigh around 4,200 pounds. However, some specimens of White sharks grow extremely large such that they have been listed in the Guinness Book of World Records as being the largest species of shark. Let’s see what records they have set up.

Till today, the Great White sharks have made 9 world records, the details are given below:

The Great white shark are the remarkable creature of the extended oceans which has gain people attention because of it’s unique appearance and size. The size of the shark is an exceptional feature which had crowned them with the title of the biggest species in the shark’s kingdom. From the time of their existence in the ocean to the existing day, they have set up 9 world records and are listed in the Guinness Book Of World Records. The list of records shows that these species are enthusiastic to set up more records in the coming years.