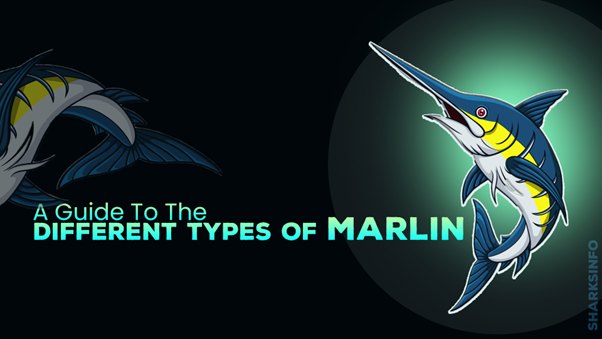 Marlin – a member of the family Istiophoridae, has an elongated body with a spear-like snout and rigid dorsal fins which are prolonged forward to form a crest-like shape. These species are named so that they somehow resemble the marlinspike of the sailor. Well, it is also known that they are the faster swimmers of the extended oceans that can have a maximum speed of 110 kph with a remarkable burst of 60 mph. In this article, we are going to learn about the different species of Marlin in detail. Let’s study them one by one.

A Guide To The Different Types Of Marlin

Marlin is probably the dream fish of a sport angler. The family comprises about 10 species that differ from each other which when seen from the distance is quite difficult to differentiate between them. Here is the guide to a different type of Marlins.

Blue Marlin is known to be the strongest and most aggressive species of the family. These species live deep in the ocean waters as compared to the other members and have gained popularity due to their high leaps and dance movement above the surface of the water.

They have cylindrical body shape which has cobalt black-blue coloration and pale blue colored stripes which fade after death. Usually, marlins have rough and rigid dorsal fins but the Blue Marlin has soft dorsal fins which are folded back against their body depth. They are the largest member of the Marlin family that can grow to a maximum size of 15 feet and are approximately 1,800 pounds heavy.

Black Marlin is a species of tropical and tropical regions of the Indian Ocean and the Pacific Ocean. They are named so based on their unique blackish-to-bluish coloration on the upper side of the body without vertical stripes. The remarkable feature of Black Marlins is that they have dorsal fins which are larger than the size of their body.  These species can reach up to 14 feet and are 1,600 pounds. Moreover, they possess a remarkable speed burst of 68 mph.

As the name indicates, these species have a unique pattern of blue colored stripes on the Black bluish skin from the top and are shiny silvery whitish from the underneath. These species have a size of 14 feet and weigh about 250 to 450 pounds depending upon the size of the species and  have a life span of  20 years. They include mackerels, anchovies, sardines, and squids in their diet in contrast they are the favorite food item of whales and big sharks.

Another essential member of the Marlin family is White Marlin. They are commonly named Skilligalee or Atlantic White Marlin. They are about 9 feet long and are around 180 pounds heavy. They are somewhat similar in coloration to that of the Striped Marlin but they have brownish spots on the skin which distinguish them from the striped marlin. They are solitary species that enjoy hunting the school of fishes and prefer to live in the epipelagic zone of the tropical and subtropical water bodies of the Atlantic Ocean.

Marlins belong to the family Istiophoridae, they have long elongated bodies with unique spear snouts. Although, the species somewhat look similar to each other, which makes it quite difficult to distinguish between them. The only key feature which will help you to guess the correct species of Marlin is the dorsal fins, the size and rigidness of the dorsal fins make them distant from one another. Other than that, we have shared more guidelines for you about the 4 most popular members of the Marlin family.