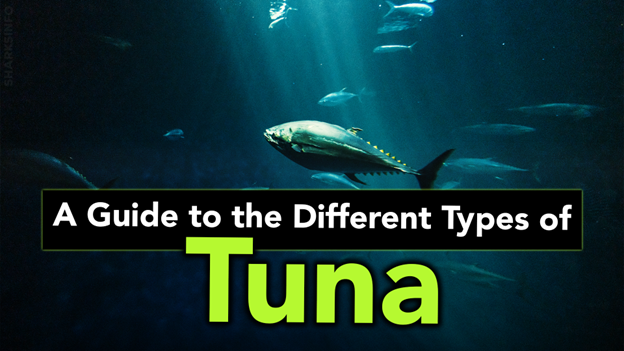 Tuna is among the world’s most popular fish and for good reason. There’s a lot of protein in it and it’s tasty. From a nutritional standpoint, tuna is a powerhouse. From a taste standpoint, it has a creamy melt-in-your-mouth texture. Different varieties of tuna can enhance or provide a richer taste. We have listed different types of tuna for you to choose from.

Albacore (Thunnus alalunga) is very easy to identify because of the longest pectoral fins, and they also have light and white flesh, among other tunas. It has a mild taste, can live up to 12 years, and is often sold in cans.

Albacore tuna, which is also known as longfin tuna, is a good source of omega-3 fatty acids, selenium, protein, and vitamin B-12 which makes it an excellent fish to add to your diet.

Albacore Tuna is also known to fight certain types of cancers, and you can add it to salads, sandwiches, and pasta to enhance their taste.

BIGEYE (Thunnus obesus) is known to grow fast, and they can reach almost 5.5 feet in length. Their lifespan is up to 9 years. Bigeye tuna can be found together with each other and with other similar size fishes.

They look very similar to yellow fingers because of their yellow finlets, but their finlets are edged in black, and they have slightly larger eyes. To distinguish between these two species, check underneath their skin; bigeye tuna has striped liver, while yellowfin don’t have striped liver. This tuna can be easily found worldwide.

Blackfin tuna (Thunnus atlanticus) is the minutest tuna species, almost 100 cm in length. They have black oval-shaped bodies covered with yellow tints on their fins. Their diet consists of smaller fishes, crabs, and plankton.

The blackfin tuna can be found offshore in water where the temperature is above 21oC. They are 1.10 m (3 feet 7 inches) in length. They can swim very fast, which is very useful for escaping their predators.

Bluefin Tuna (Thunnus thynnus) is inborn in the Atlantic Ocean and the Mediterranean Sea. They have large mouths, and their bodies are dark blue in color and have yellow finlets.

They become mature at the age of six, and female fish can produce 30 million eggs in their entire lifetime. They eat small baitfish and starfish. Bluefin tuna have a great temperature tolerance, so they are highly migratory.

Bonitos are medium-sized, ray-finned predatory fish belonging to the family Scombridae. Bonito Tuna or Atlantic Bonito resembles skipjack and can be present in the Mediterranean and Black seas.

People love its taste and mostly find it delicious when grilled. Bonito tuna is very nutritious and rich in protein and vitamin D.

Bullet tuna, or bullet mackerel, is a mixture of blue and black from the body, while the head is deep purple with a silver belly. They can be identified by two dorsal and short purple pectoral fins. Their diet consists of plankton, larvae, squid, etc.

They are less significant in size and have slender bodies. They can grow 20 inches in length and are good to eat. Bullet tuna mostly do not use for commercial use, but you may still find it in the market at cheaper rates.

Dogtooth tuna (Gymnosarda unicolor) is also called white tuna. They are called dogtooth tuna because of their dog-like teeth. This fish can be discovered in the Indian and Pacific oceans and is considered good to eat.

This small but mighty fish eat whiting, cuttlefish, squid, herring, sprats, and mackerel. The meat of dogtooth tuna is white and flaky, which makes this fish desire to eat.

Frigate Tuna is a small fish with small teeth. This fish is highly migratory and can be found in tropical waters. Frigate Tuna can be sold fresh as well as frozen.

Little tunny or little tuna can be observed in the Atlantic, Mediterranean, and black seas. They are considered very delicious fish to eat. Their meat is very much like yellowfin tuna.

They usually feast on small fish, squid, crustaceans, and invertebrates. They have a short natural life of about 5 years. Thoroughly clean this fish before eating, as this little tuna is known for eating different types of parasites.

Skipjack tuna is also known as the balaya, Kayu, and katsuo and have several other names. The species can reach a length of 1 m. They are tastier and healthier than other tunas.

Skipjack tuna have dark purple-blue backs with silver bellies. Their life span is almost ten years. They can be detected in the tropical areas of the Atlantic, Indian, and Pacific Oceans.

These are some of the main types of tuna that are so popular that you can find them in almost all grocery stores. Several other types of tunas are very small in size and are hard to catch. They are very nutritious and a perfect thing to add to your diet. Taking it regularly helps reduce cholesterol and will keep your heart healthy.