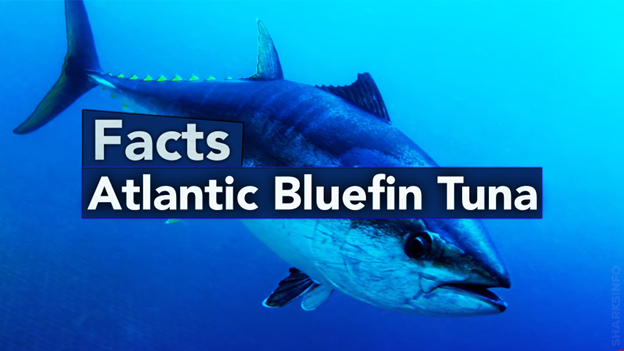 It is one of the world’s most fierce and powerful predators, and the largest tuna in the open ocean. This particular fish is one of the largest animals in the mackerel family, making it a fascinating creature. It is scientifically known as Thunnus Thynnus. The Thunnus Thynnus is native to the Mediterranean Sea and the Western and Eastern Atlantic Ocean.

The species is widely known for its strength, endurance, and speed. Regardless, they are one of the endangered species of the world. Still, they linger to be the fiercest animals of the ocean. In this article, we will be discussing a number of interesting facts about these fascinating creatures. We will discuss the habitat, diet, conservation, and much more of the Atlantic Bluefin Tuna in this article.

The optimal locations for Atlantic Bluefin Tuna are tropical waters as well as cold waters. The T. Thynnus go from North American waters to European waters as the seasons change. Because of this, they are highly migratory, making migrations throughout the year. These migratory patterns depend on their food needs and their spawning behavior.

The Atlantic Bluefin Tuna has a robust and rhomboidal body. They have a conical head and a mouth that is rather larger in scale when compared with their head. Atlantic Bluefin Tuna also has a “pineal window” that allows the fish to navigate extremely large distances. Their bodies are generally dark blue on the above and gray on the underside.

They also have gold coruscation on their body and yellow-colored finlets. They have a clear advantage in water because of their color, which helps them camouflage from predators as well as prey. However, their meat is deep-red colored. They have needle-like sharp teeth on both the upper and the lower sides.

The diet of the Atlantic Bluefin Tuna consists entirely of smaller fish, crustaceans, eels, and squids. This proves they are carnivores and have a varied range of diets that they can consume. They are known predators of the ocean from the day they hatch from the egg, preferring schools of eels and mackerel over other species of fish in the ocean.

In addition, they also filter-feed. The Atlantic Bluefin Tuna has been observed eating zooplankton, kelp, and other smaller organisms. They choose the size of their food accordingly so they can swallow the prey as a whole. Growing at such a rapid rate, they have a wide variety of items to choose from from the ocean.

Atlantic Bluefin Tuna reproduces through broadcast spawning. It is a way of reproduction in which unconventional methods of reproduction are followed. A large number of males and females release sperm and eggs respectively into the water chamber at the same time. Millions of eggs and sperm are released in this way. With the help of this method, the chances of the eggs being fertilized increase. This method also saves the eggs from being eaten by predators.

Atlantic Bluefin Tuna is among the most sought-out species of fish worldwide. It is a highly popular fish that is extraordinarily in demand. Because of this, the species is endangered. The increased demand has put the species in a very alarming position where it has a huge risk of extinction. The fish is preferred due to its density, size, and taste.

The Atlantic Bluefin Tuna is one of the most gigantic and powerful species of fish. Because of its unique characteristics, it is endangered, but conservation measures are put in place to ensure that the world does not lose such a great species of fish.