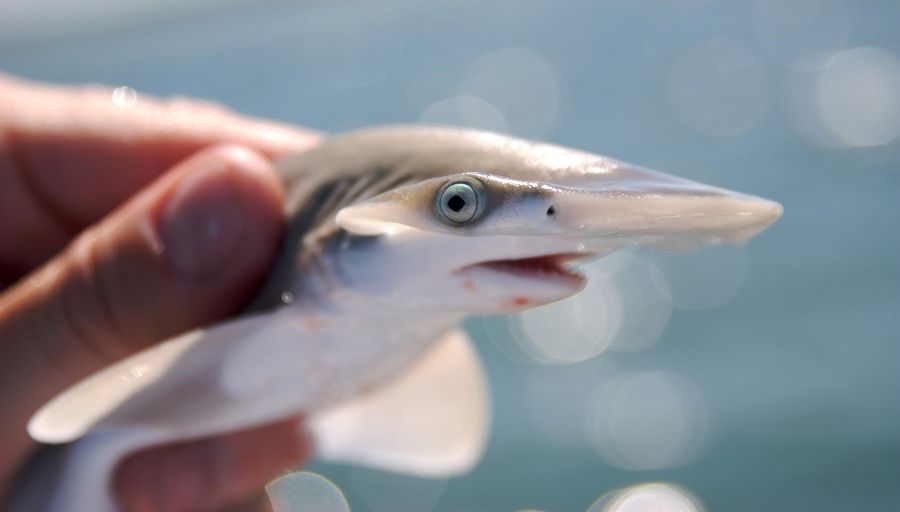 Getting into a duel with a shark is something that nobody will ever want to confront. Sharks are ruthless predators when it comes to food hunting, and defense. The shark is an indispensable member of the ecosystem that plays an integral role in the maintenance of the natural ecosystem.

As mentioned earlier, sharks hold great importance in the natural ecosystem, but because of increased overfishing, this amazing species is slowly and gradually going towards extinction. It needs to be secured, or else our ecosystem will collapse.

Sharks are slow breeders, and they take years to prepare themselves for reproduction. Scientists have put their utmost efforts into successfully producing this species through artificial techniques. But all their efforts are in vain as sharks’ dwell on the seabed, and it is hardly possible to catch their eggs.

Now you are familiar with how hard it is to produce miniature sharks through artificial techniques or asexually. But there’s another unbelievable fact regarding this mysterious species.

Oviparity, Viviparity, and Ovoviviparity are not the only modes through which a shark can reproduce. It has been seen that some very rare species of shark are found to endeavor reproduction asexually, which is something unbelievable to accept. Scientists were amazed to see this discovery as this is something very infrequent to happen.

At first, scientists believed that the shark who reproduced asexually had stored sperm from the last intercourse it had 3 years back. But this hypothesis had been wholly rejected after performing some lab tests.

Surely, it has raised so many questions and queries in your mind. You will be asking yourself, how the heck is this even possible in this world? But it is possible, and so many lower-degree animals reproduce and increase their generations through the asexual method of reproduction.

Asexual reproduction is favorable for the increasing population. It causes a rapid increase and sufficient increase in the production of a species. Moreover, it is suitable for those species that are on the verge of extinction.

The only disadvantage of asexual reproduction is that it just limits genetic diversity. The animals that are produced through this method will be miniature forms of their mother. Mating and fertilization bring variations among the species.

Asexual reproduction in sharks can only happen when a female shark is kept captivated. A female shark has been kept reserved for 3 years. It was the Zebra Shark in an Australian aquarium back in 2017. Beyond belief, it gave birth to its miniature form. At first, scientists believed that this shark had been storing sperm for 3 years when it had copulated. Later on, this hypothesis was rejected when they performed a DNA test. The test result showed exactly the same genotype as in the mother shark eliminating the possibility of sperm storage.

So what really happens is the main question, and everyone wants to get an authentic answer. The case study has confirmed that the residing eggs that are in abundant quantity are responsible for asexual reproduction. Among these eggs, 2 eggs are mutually fertilized to form a zygote that later on will transform into a developing embryo and enter into the embryonic phase. Finally, after staying and developing in the uterus of the mother shark for months, the mother shark will give birth to the exact copy of her. That is how asexual reproduction takes place in sharks.

Shark outshines the list of the fascinating creatures ever existing on the earth. This amazing species is full of mysteries, and the most intriguing mystery is its ways of reproduction. We were familiar with 3 different modes of shark reproduction, but the bolt from the blue is its asexual way of reproduction that sounds unbelievable to the human mind. So that’s why sharks have earned the title of “The Mysterious Lords of the Deep”.