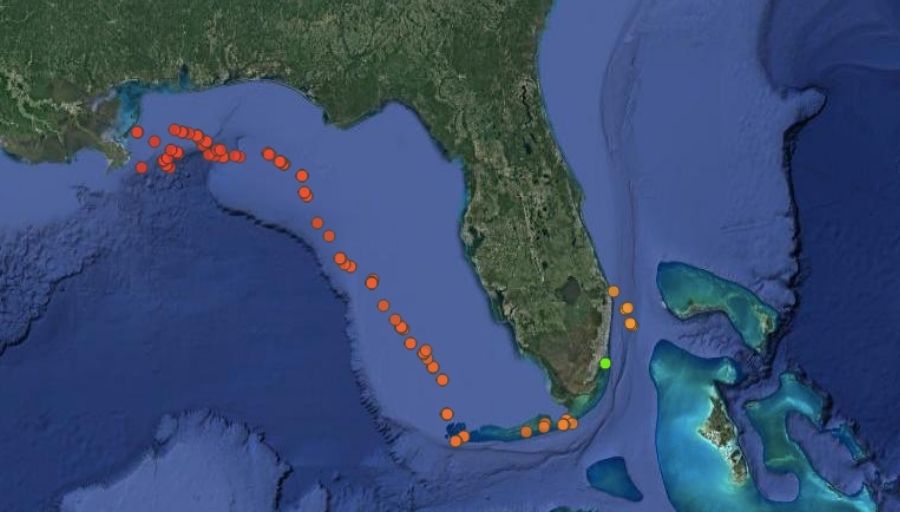 The world has always been fascinated by sharks, as they are one of the oldest inhabitants of Earth, even older than trees. Still, there are a lot of factors that cause many sharks to die every year. So, in order to conserve the sharks, marine biologists have done many things to learn all there is to them. One of these things is how sharks move throughout the ocean. To learn about this, shark tracking was deemed important. In this article, we’ll learn about shark tracking and how shark tracking works.

There are different methods of tracking sharks, such as tagging and through satellites. Gone are the days when shark tracking used to be accessible to marine biologists only. Today, there are a number of options through which you can “adopt” and name a shark and track them on your devices on Google Earth. While all of this is interesting, let’s learn what shark tracking is at its core and how it works.

Shark tracking is important because it keeps giving marine biologists more and more information about sharks. In order to take steps for the conservation of sharks, it is vital that we understand their needs first. It is only in recent years that scientists have been able to establish concrete facts about sharks, and shark tracking has played a huge role in this regard.

How are Sharks Tracked?

Both methods of tracking sharks include a tiny device or a small tag to be attached to the animal before it’s released again into the water. When a shark is tagged, the details are written on the tag, which includes the date of capture, species, sex, and the size of the animal. Other details may or may not be written. This tag is attached to the shark with the help of a bright string. This bright string indicates to future captors that the animal has already been tagged.

As mentioned above, the two methods that are used to track sharks are tagging and satellites. Both of these methods include inflicting minor harm to the animal. This may sound harsh, but it is only necessary and is done for a very short period of time. The shark that is to be tracked is caught and immobilized for only a little while in order to tag it. It’s only logical that you would think it’s harmful to the animal, but in reality, it isn’t.

Sharks are caught and immobilized for a very short time. Captors ensure that minimum harm is inflicted on the animal, and non-invasive methods are used to ensure their utmost safety. This causes as few negative effects of the procedure as possible. Moreover, inflicting harm on sharks would be cruel as it would mean that a weak and traumatized shark is released into the ocean. In order to avoid this, non-invasive methods are used.

How does Shark Tracking Work?

But of course, the shark needs to be restrained before the tag is attached to its dorsal fin. Still, those methods are used which are least traumatizing for these predatory animals. Too much exhaust or trauma will ultimately cause the shark to die, which can cause many problems. For this purpose, the most preferred method for tagging sharks is gill nets. Many details about the size and type of gill nets are kept in mind to ensure minimal harm to the animal.

As far as satellite tracking is concerned, it is more expensive than tagging. But, it is a much more reliable process in the long run. The real-time information is provided after only a few hours of the event with the help of satellite receptors. Satellite receptors are used to provide accurate information about the movement of the shark, the speed of the shark, the positioning of the animal, and the habitat it prefers.

Satellite receptors also upload shark movement histories to online global maps. Through the information displayed on the global internet, scientists all over the world can benefit from the data provided by satellite receptors. This information is then used for the protection of sharks and for maintaining optimal marine biodiversity. The satellite receptor attached to the shark is usually lightweight and boxed to not affect the usual routine of the shark in any way.

Scientists are making progress by leaps and bounds in the field of marine biology. With methods such as tagging and satellite receptors, there is definitely so much more information that we can get about important marine animals like sharks. These methods are necessary to retain life in the marine ecosystem and to ensure that the environment is suitable for species of all kinds.