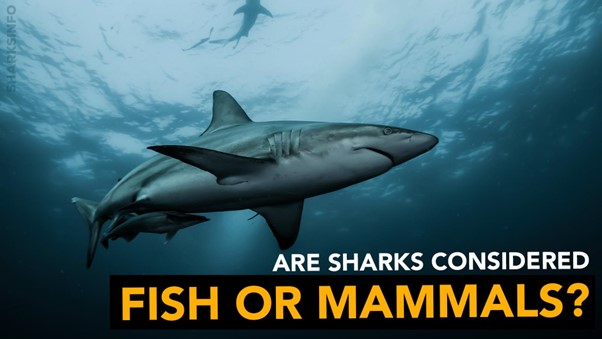 Sharks are the intelligent yet scariest species of the ocean world. Sharks are often considered mammals, sometimes amphibians, and sometimes fish. So, what exactly are sharks? Why do people think of them as mammals? Let’s find out.

Are Sharks Considered Fish Or Mammals?

Sharks are not mammals; rather, they are fish. Sharks lack mammalian traits such as hair and lungs, as well as the ability to make milk. Sharks, like other fish, have scales and fins and breathe through their gills. Sharks are classified as Chondrichthyes, whereas mammals are classified as Mammalia.

Although sharks and mammals (particularly marine mammals such as whales and dolphins) have some morphological characteristics, they are completely different types of animals.

Difference Between Sharks And Mammals

How Do Sharks Reproduce Which Makes Them Different From Mammals?

An oviparous shark lays an egg, but that egg remains inside and grows into a young pup while feeding on the egg sac. The pup is then born by the shark. The egg sac, often known as the mermaid’s purse, stores all of the nutrients required by the growing baby shark. Tentacles on some egg sacs help them to adhere to the ocean floor or other structures and avoid being carried away. This is how the cat shark gives birth.

An ovoviviparous shark lays eggs that remain within the shark’s body and grow until the pups are ready to hatch. After that, the shark gives birth to the young pups.

How Sharks Are Different From Other Fish?

All other fishes have a single pair of gills, whereas sharks have five pairs, which allows them to breathe deeply in the water. Sharks have the unique ability to easily contract and dilate their pupils, but most of the other fish are unable to do so.

Sharks are carnivores and cunning feeders that can consume little fish or whatever they can kill, but other fish eat a variety of things such as vegetation. Another distinguishing trait is that bony fishes can move their pectoral fins in different directions, allowing them to swim backward, whereas sharks’ pectoral fins do not move, preventing them from swimming backward.

Sharks are fish, not mammals, as they do not share any similarities with mammals but have gills, are cold-blooded, and live in aquatic habitats. Sharks are misunderstood as mammals due to their various reproduction methodologies, but it is evident from the anatomical features that they are true fish.