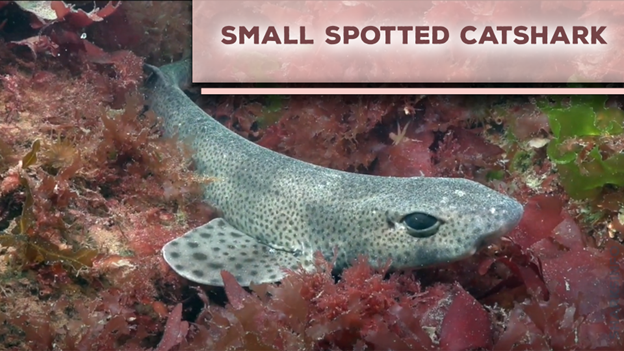 While sharks are considered to be monsters with enormous body sizes, there are many species that tend to be small and gentle at the same time. From over 500 species of sharks found on earth, small-spotted catshark remains to be in the limelight thanks to their spotted body marks. Oh wait, you may be aware of this species with a name known as lesser-spotted dogfish or sandy dogfish. In some parts of the world, this marine creature is also called with a name morgay, rock salmon, shy shark, or rough hound.

We still have a lot to learn about this small shark species, which has so many titles and can be found all over the world. No worries, this article is all going to be about the small-spotted catshark and everything that you should be aware of about this incredibly miniature yet distinguishable shark species.

All you need to know about the small-spotted catshark

Spotted catshark or sandy dogfish are the names we are aware of, but in scientific terms, the species is identified as Scyliorhinus canicula. Its name comes from the dark spots and blotches on its body that give the small-spotted catshark its appearance.

Distinguished by a slender body and blunt head, the small-spotted catshark lives in shallow waters. As if made of coarse sandpaper, their skin has a rough texture. A greyish-brown color with dark brown spots covers the upper side of the body, while a light grayish-white color covers the underside. This animal is capable of growing up to a length of 1 m (100 cm) and weighing more than 2 kg if it is in good health.

It feeds on many different types of organisms, making it an opportunistic species. Their main course of food includes small fish, mollusks, tunicates, and crabs. In response to the threat, they curl up into donut shapes, making them appear bigger and more difficult to eat. During the summer months, prey life is more abundant, which leads to a higher level of feeding intensity.

In the northeast Atlantic and Mediterranean, small spotted catsharks are among the most abundant elasmobranch species. A few localized depletions have been recorded, but most of its range has shown that populations have remained stable or even increased. It is for this reason that S. cnicula is rated as the least concern by the IUCN.

An abundant shark species in British waters is characterized by dark spots and blotches. They are usually seen alone, resting on the seabed or cruising as if in search of food. The species holds no importance as such for commercial purposes, but people are fond of keeping this species in home aquariums.