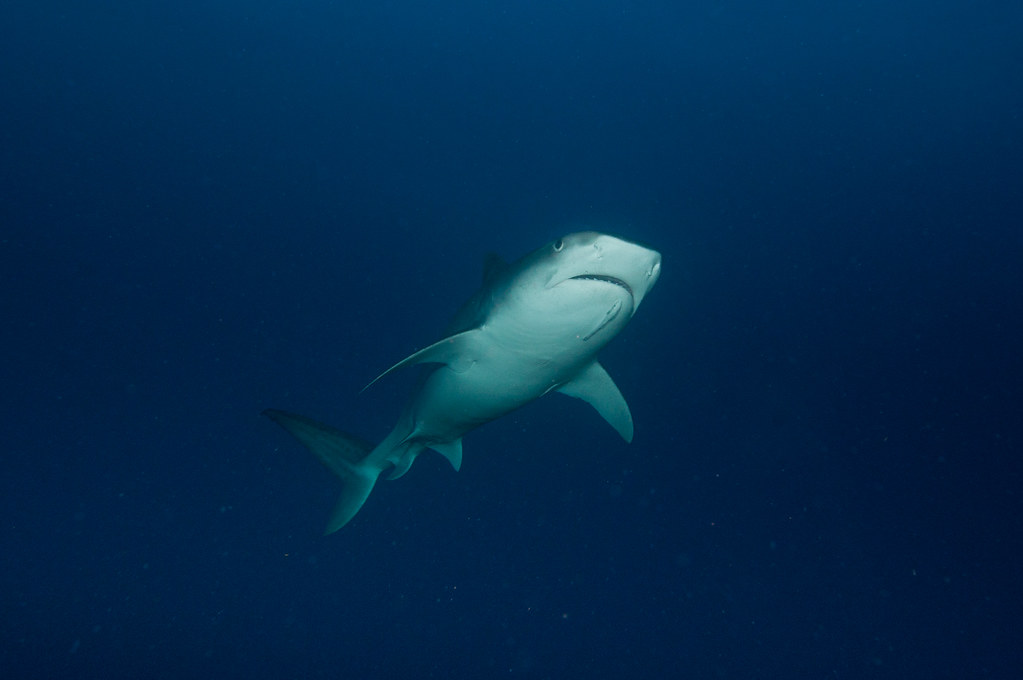 A day out in water is no doubt a fun way to beat the heat of the environment, but it is also very important to be alert of the danger underneath the water.  The gulf water is a home sweet home for a dozen of various species of sharks, thus playing a key role in maintaining the diverse aquatic ecosystem along with other water creatures. The number of sharks in the gulf water displays the healthy and strong ecosystem, the top predators like sharks maintain ecosystems by removing sick fishes and other weak sea animals, and they also maintain balance with other entrants to safeguard diversity of species.

What types of sharks thrive in the Gulf water

Most likely in the month of May and September, you may encounter different species of sharks in the Gulf water because the water of the Gulf is warmer in these months, usually near the shores or beachfront. Let’s see what kind of sharks are there in the Gulf water.

You can find whale sharks rarely inshore but offshores warm and shallow water is their beloved habitat to thrive. The whale sharks grow in size from 8 metres to 12.6 metres in length with an average weight of 21 tonnes. Whale sharks are usually harmless to other water species and are at low risk to humans but become highly aggressive when provoked. The dietary food of whales includes planktons and small fishes. You can find whale sharks in the Gulf of Oman and Arabian Gulf.

Tiger sharks are mostly likely to swim in deep offshore waters of tropical and temperate regions and rarely found in inshore waves. Tiger sharks are giant predators which grow to the length of 5 metres approx. They prefer to live alone and hunt their prey usually at night. They feed on a large variety of species like seals, birds, fishes, squid, sea snakes, turtles, dolphins, and other small sharks.

The whale shark has also been named as a ‘garbage eater’, because it eats different man made stuff which remains in its stomach. It is named as tiger shark because of the presence of dark streaks on its body, same as the patterns on tiger’s body but diminishes with time as the sharks matured. You can mostly find them in the Arabian Gulf but this is the shark which you must avoid because it often attacks humans.

Thresher sharks are found swimming in the tropical and subtropical warm waters in the Pacific and Atlantic oceans and commonly found in the Gulf of Mexico. Their weight can goes up around 1100 pounds and they can grow as long as 13 to 20 feet. They have a long tail fin as long as their body length, they mostly feed on small fishes and capture their prey and daze small fishes by using their upper long tail fin.

The Atlantic sharp-nose shark is the most found swimming in the inshore of the Northern Gulf of Mexico. It is a fish quite small in size as it’s average length goes upto 4 feet. They have white spots on their back and flanks, so if they are 2 feet in length, do not confuse them with hammerhead sharks.

Sickle-fin lemon sharks are often found floating in the open water of tropical and coastal regions. This shark species can grow up to the length of 3.5 metres long and generally lives about 92 metres deep in water. Sickle-fin lemon shark avoids long distances and is a quiet slow predator which feeds mostly on bony fishes. It is reported that these sharks have high risks to human attack and become highly aggressive when provoked.

Nurse sharks are found in the sandy seabed, inshore tides and shallow water of the West Atlantic Ocean, Arabian Gulf and Mexican Gulf.  The average size of these sharks is recorded up to 3.2 metres and usually resides in the caves and shelves for all day long while at night, they swim actively to capture their prey by producing suction force to attract the prey out from holes and crevices and break the shells of crabs and mollusks with the help of conical teeth They are very calm sharks and less risky to attack humans..

As the name indicates, the shark species are found in the reef surrounding the Gulf areas and are larger in size as compared to sharp nose sharks to which they resemble somehow.  While talking about their appearance, the size or reef shark is about 3 metres and the weight is around 68 kilogram.  They are of dark greyish to black colour with sharp nose tips. They are at a high risk to attack humans and are pretty regional about the reefs where they live.

This shark species has become predominant all over the world especially in the Mexican Gulf because of its unique name and has been reported to swim in reef like shallow water areas. These sharks have been reported to have an approximate length of 3.8 metres and weigh around 89 kilograms, because of their giant size and heavy weight they are documented as the larger predators in the reef zone. Galapagos sharks are at a high risk to attack humans, there have been two attack cases that were reported even unprovoked.

The blue shark is a species found swimming in the offshore water tides of the Gulf of Mexico as they love to live in warm and shallow water. Blue shark had a bullet shaped, slender body with long pectoral and dorsal fins and reached up to the size of 12.5 feet. This species of shark is differently coloured, the top is dark blue colour, and the sides are bright blue coloured and completely white coloured underneath.

The fine-tooth shark is found in the Gulf regions but sometimes it is very difficult to locate them because it mainly travels in groups with other sharks and has a very small size of just 1.5 metres. So to protect them from being susceptible, it hides itself in the large schools of other sharks. The risk of their attack to humans is very low and no attack case has been reported till date, however they have been highly aggressive towards other shark’s species.

The Gulfs are stunning and massive regions for the number of sharks to thrive; despite which country you visit. If you are planning to take a trip to Gulf areas, the type of shark you might meet is something you should know about. There is a possibility that you may encounter the similar kind of sharks in different Gulf areas.