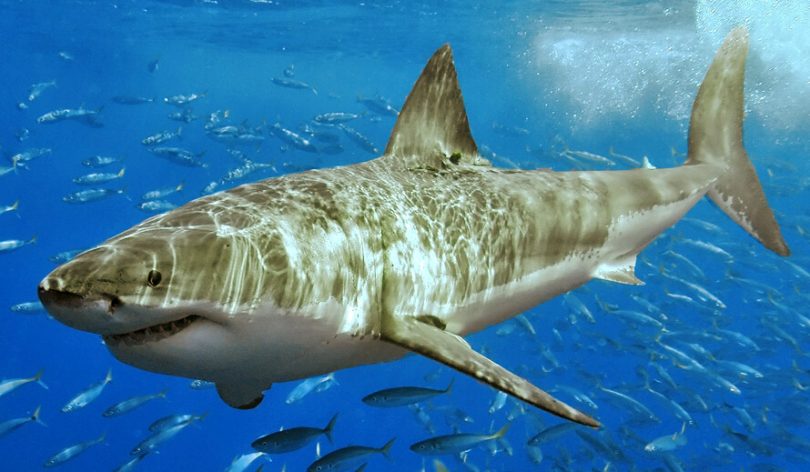 The San Francisco Bay tidelands are a large tidal estuary in the U.S. state of California, famous for its picturesque beauty, Victorian architecture, Aquatic Park, and abundant marine life. The San Francisco Bay, despite being the most urbanized estuary in the state, holds a great deal of ecological importance for both wildlife and the ecosystem as a whole. Talking about the balance in the ecosystem, the role of sharks cannot be ignored.

Sharks, as apex predators, are at the top of the food web and therefore are responsible for keeping the marine population in balance and maintaining healthy blue oceans. All in all, they are important for us and for ecological conservation as well.

In light of this, it may seem absurd to think if there are sharks at San Francisco bay or not, but somehow this question pops into our heads every other day. Why not get to the answer and get rid of this mystery? Find out below.

The rich estuarine environment at SF bay is home to over 130 different kinds of fish, 500 species of wildlife, heaps of nomadic and resident birds, and other plant and animal classes. Talking about sharks, YES, sharks do live at San Francisco Bay.

A report by San Francisco Bay Wildlife states that the Bay is home to 11 different types of sharks, along with other sea life. Well, that’s not a huge number, but it’s important to see which species are found there.

Remember, there are over 500 species of sharks dwelling in the world’s oceans, and several of them are top predators. Thus, the danger often associated with SF bay might be due to the presence of the predatory shark species. Before you take a dip, let’s check out the species you may see in the bay area.

What kind of sharks are there in San Francisco Bay?

It is estimated that there are 11 species of sharks in the bay area, a few of which are renowned and some of which are obscure. With this, keep in mind that the number of sharks populating the bay area is unknown, but you must know the kind of species you can encounter.

It is the most prevalent species of shark you will see at SF Bay. The Leopard shark’s colorful arrangement of dark spots on a gray or silver body makes the species easy to identify. They reach a length of about 6 ft. at max and are not known to attack humans; rather, the leopard sharks are fairly friendly.

This species of shark inhabits shallow coastal waters and can be found on the Bay in abundance. Pacific angel sharks are ambush predators that hide on the seafloor and wait for their prey to approach, primarily bony fishes and squids. In most cases, Pacific angel sharks do not pose a threat to humans but can cause painful injuries if provoked.

Among the most common shark species along the Californian coastline is this small, slender species. This small shark, which can reach a length of 1 m, does not pose a threat to humans.

This shark is easily recognizable because of its seven-gill slits, rather than the five-gill slits found on most shark species. It is possible for the seven-gill shark to become aggressive if provoked, so it is considered a potentially dangerous species.

In San Francisco Bay, this species of shark is known as the school shark and can grow up to two meters in length. It feeds on bony fish as well as invertebrates. A large amount of vitamin A is found in the liver and flesh of this shark, which is a popular catch in fisheries along the coast of California.

Salmon sharks reach approximately 10 feet long and are one of the top predators in the ocean, eating squid, sablefish, and marine birds. Considering their size and aggressive nature, salmon sharks can pose a danger to humans.

The blue shark is known to migrate long distances as it prefers cool waters, so you may or may not see this species at the Bay. Even though they are generally lethargic, they have excellent mobility and feed primarily on small fish, squid, and worms, though they can also take larger fish.

Despite being the second largest species, the basking shark is not aggressive at all and poses no threat to humans. It is one of the filter feeder shark species and thus relies on plankton. It was once considered the most prevalent species in the San Francisco bay; however, the population has declined significantly in the past few years.

The Pacific sleeper shark is a great stealth predator because it glides through the water with slight body movement. It is not surprising that they are capable of inhaling prey, as they have large mouths, and their teeth can cut up any pieces that might be too large for them to swallow. Since they live primarily deep in the ocean, they rarely come in contact with humans, but they are potentially dangerous.

Swell sharks are notorious for being timid creatures, avoiding human contact as much as possible. The swell shark spends most of its time staying stationary on the ocean bed, hoping that some unassuming fish will wander in. A swell shark typically measures 90 cm in length on average but can reach 110 cm in length at maximum. In order to defend themselves, swell sharks swallow water and expand to about twice their normal size.

Great white sharks are the most dangerous species of all, and therefore, we all want to know if they are also found at SF bay. Although great whites aren’t on the list of 11 species we have just discussed above, there are reports of white sharks’ presence in the area.

So are they found at San Francisco Bay? We would say, No! There have been some sightings of great white sharks at the Bay, but they rarely enter its main waters. Moreover, there has never been a documented attack on humans by this giant monster at the Bay.

Though the San Francisco Bay area is home to plenty of sharks, it cannot be regarded as shark-infested waters. The species of sharks found in San Francisco Bay are mostly non-aggressive, bottom-dwellers, and pose no harm to humans. The great white sharks are also not seen entering the main water body; however, you must attain safety precautions when taking a dip.