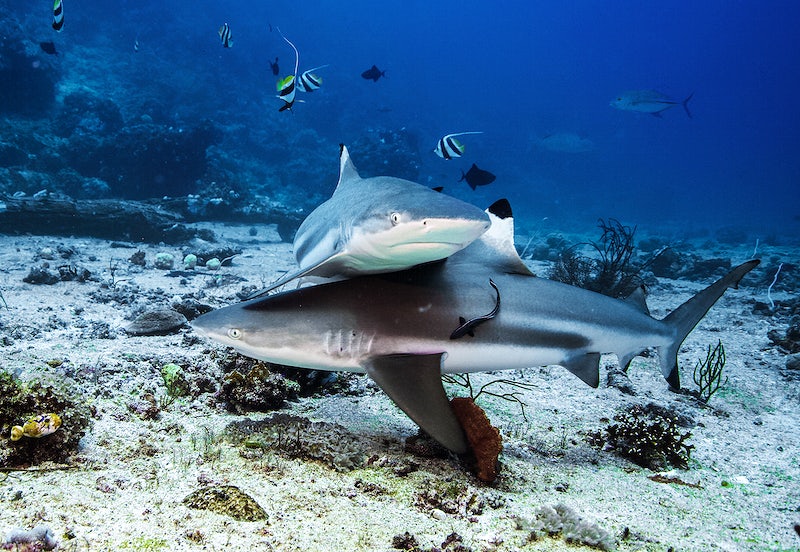 Sharks are incredible sea creatures with over 500 species distributed around all the world’s oceans. Nonetheless, you won’t find all shark species in every ocean owing to a variety of factors, including climate change, pollution, and extinction threats. Moreover, the natural habitat of every shark species differs, as do the requirements and preferences of each of them.

Swimming, diving, and other recreational water sports are common everywhere, and sharks have boosted the ecotourism industry even further. Seeing a shark yourself is a mesmerizing experience, let alone swimming with sharks. When it is about great white sharks, it becomes a more adventurous and once-in-a-lifetime opportunity for many.

The danger associated with great white sharks makes it more important to know their whereabouts in order to avoid going into the water where great whites are concentrated.

Do a quick read of this article before you go to the beach so you know where you might be able to encounter great whites.

Where do great white sharks live?

Known for their large size, great white sharks possess a variety of exemplary attributes, including high speed and leaping abilities. Labeled as the most dangerous shark species, it comes as no surprise that great whites are apex predators. With that said, they play a vital role in keeping the marine system in balance. However, despite their importance, great whites are facing extinction threats, left with only limited numbers, so much so that the IUCN has declared them the vulnerable species.

In spite of their global distribution, they are more concentrated in California and the Northeast of the United States. Additionally, great whites are also found in large numbers in South Africa, Chile, New Zealand, and the Mediterranean, including the North Atlantic and Northeastern Pacific.

The Insider has listed down the 10 places where you are most expected to spot a great white shark. The places include Farallon Island, Dyer Island, Neptune Island, and Stewart Island.

There are only a few thousand large white sharks in their global populations, so conservation and protection of this species are more important than ever.

Since now you know where great white sharks can be found, make sure to check the locations of some other well-known shark species as well.

What do great white sharks eat?

Sharks have been known to frequently travel around the oceans, often in search of food or to hunt prey. This is why it is important that you know what consists of a great white shark diet.

As top predators, white sharks and other sharks play a part in the health of the ocean by hunting prey. By catching weak and sick individuals, they keep prey populations in balance, also maintaining the healthy blue oceans.

There are several reasons why great white sharks are so famous, one of them being their wide geographical range. White sharks are migratory and travel a long distance through the open ocean, and they are meant to be kept within a closed boundary. With that, you can find the great white sharks in coastal areas of all major oceans. However, they are present in large numbers in a few places, as mentioned above in the article.

It is important to note, however, that this species faces numerous ecological challenges that have led to a decrease in its population. With only a few thousand individuals of great white sharks left, we need to ponder upon conserving the precious and amazing sea creatures, and the least we can do is to let them live in their natural habitat.