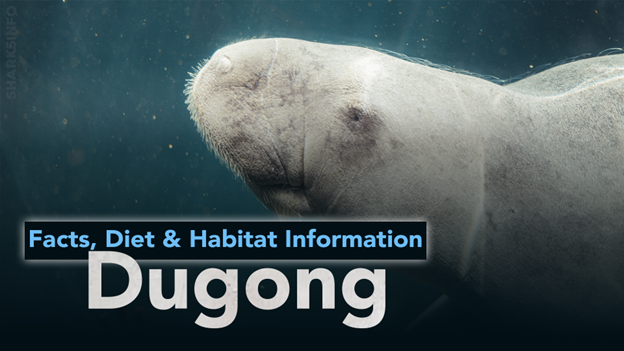 Among the largest marine mammals, dugongs are the most fascinating, whether it comes to their appearance, which resembles an elephant, or their long lifespan. A very social animal and can often be seen in groups of up to 100 individuals, their tails act similarly to whales’ tails, and their front flippers act similarly to dolphins’ front flippers, which allow them to swim at a gentle speed of 10km/h.

There is so much to learn about the species, and for that, this article is going to be all about the dugong – facts, diet, habitat information, and more.

Everything you need to know about dugong

A Dugong can be found in a variety of warm, shallow waters around the world. There are many exciting folklore stories about dugongs in the ocean and sightings of them near the equator. The manatee is the closest living relative of this species in the Dugongidae family.

Large creatures such as these inhabit warm water near coastlines north and south of the equator. Fresh and brackish water are both habitats for them, where seagrass beds are found. There are more Dugongs in Australia than anywhere else, with the Great Barrier Reef serving as an important feeding ground for them.

Dugongs are primarily herbivorous, meaning that they primarily eat plants. Dugongs graze on seagrass beds, which grow in shallow water. They use their strong, paddle-like tails for swimming and their long, pointy noses to root around for food.

With a life span of up to 70 years, dugongs are extremely long-lived animals. They attain sexual maturity at around ten years of the time of life, and females lay birth to a single calf every three to seven years. Gestation lasts for around 13-15 months, and calves are born weighing 30–50 kg (66–110 lb). The milk of dugongs is very rich in fat, which helps to ensure that calves grow quickly. Calves will only leave their mothers once they are mature.

Calf mortality is high, and Dugongs are thought to be among the slowest-reproducing creatures. This, combined with their long life span and solitary nature, makes them particularly vulnerable to population declines. As per the IUCN, the species is rated as vulnerable.

The dugong is a fascinating creature that is unfortunately vulnerable to extinction. These gentle giants are an imperative part of marine ecology and play an acute role in controlling the seagrass population. Hopefully, with more awareness and conservation efforts, the dugong will be able to thrive for many years to come.