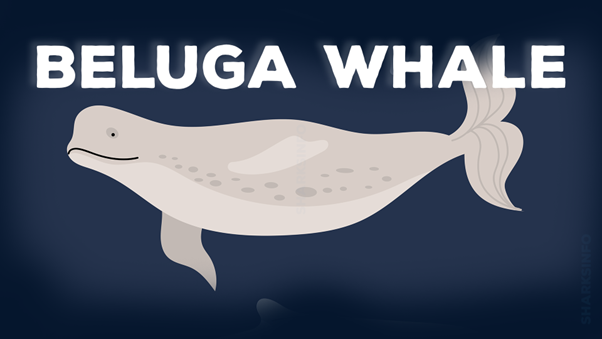 These exquisite and exotic marine life animals are winsome and quirky in their own way. These adorbs; pure white- surreal whales look preternatural as if they belong to a fairyland and are pure- majestic…

“A thing of beauty is a joy forever…”

The Beluga whale is also called ‘the white whale’  and its symmetrical round head and the beautiful sound it makes when swimming in the ocean is otherworldly; it just suits and goes with its appearance. These white gorgeous animals belong to the white- Arctic Region.

Adults can reach lengths of 11 to 15 feet. Females rarely grow taller than 12 feet, making them shorter than males. Weight estimates for mature belugas range from 1000 to 3300 pounds.

Beautiful Belugas are mostly present in the Arctic Region. They make opportunistic decisions, so the staples they eat can change depending on the time of year and where they reside. Most belugas reside in the Arctic Ocean and the oceans and coasts of Russia, Greenland, and North America.

What is Ingested By Beluga Whales?

Since fish make up a substantial portion of the beluga whale’s food, they are essential to maintaining the ecosystem’s balance and health in the Arctic Ocean. The largest type of cod is the saffron cod, and Alaskan belugas often like rich, fatty Coho salmon.

It is obvious that belugas eat a wide variety of fish. They can dive to the bottom of the ocean to forage for food like shrimp, a favourite delight, thanks to their slim body and flexible neck.

They are carnivores since they have teeth, but they don’t chew like humans, most primates, or other omnivores do, and their teeth aren’t as huge or sharp as those of orcas or sharks. They use their teeth to catch fish and invertebrates and consume them whole.

Beluga females reach sexual maturity around 8 to 10 years old. Males reach maturity a bit later. Gestation lasts roughly 14 months, and breeding takes place in the springtime. Summer is when calves are born, and their moms nurse them for two years. After approximately three years Belugas give birth to their calves.

Beluga whales are prone to a variety of dangers including pollution, habitat destruction, harassment, interactions with both commercial and recreational fishing, and other human disturbances.

Its conservation status is Least Concern; it is not endangered.

Like many maritime creatures, belugas are susceptible to mistakenly ingesting dangerous, inedible materials like plastic bags and other man-made objects, which can then get lodged in their throats or bellies. Humans should cease polluting oceans, seas, and lakes and care about all animals.