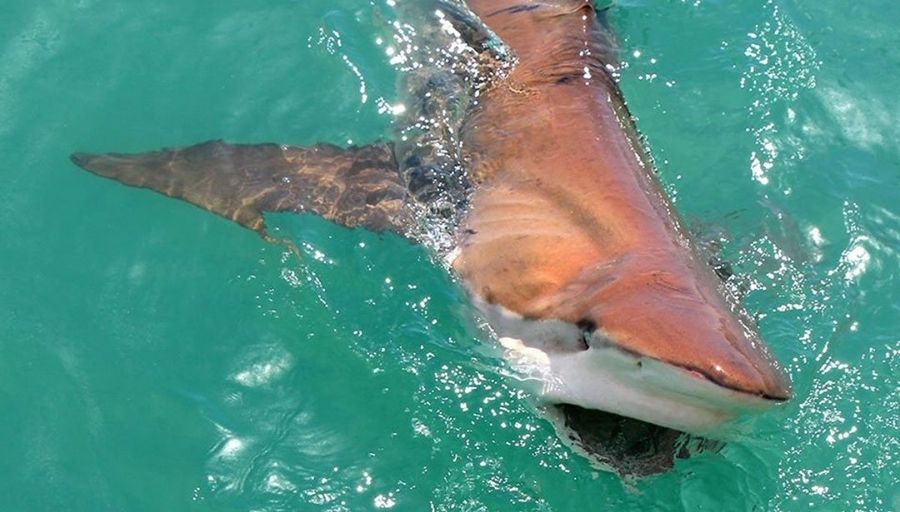 Carcharhinus brachyurus is also known as Bronze Whaler shark, Narrow Tooth shark, or Copper shark. Are you curious to know why they are called Bronze Whaler Shark? Well, it is because of their bronzy greyish to olive green color. The sharks belong to a group of Requiem sharks and are the only member of the genus Carcharhinus which prefer to live in temperate waters rather than tropical regions. Read on to learn more about the exception species – Bronze Whaler Shark.

Where In The World Bronze Whaler Sharks Are Widely Distributed?

The Bronze Whaler Sharks are found living in the temperate waters of the West Atlantic Coast of Mexico, the Coast of Brazil, the Gulf of Mexico, and Argentina between 45°N to 52°S. In the Eastern Atlantic zone, these sharks are spotted near the coast of France, and Southern Africa. In the Western Pacific region, they live in the open waters of New Zealand and Japan whereas, in the Eastern Pacific zone, they are found near the coast of Southern California, the Gulf of California, USA, Peru, and Mexico.

The sharks thrive in different habitats such as they prefer shallow bays, estuaries, and continental and inshore shelves. They are spotted at the depth of 330 feet or 100 meters. However, the young pups are found swimming at a depth of 30 meters. The sharks are known to exhibit remarkable migratory behavior, they migrate from one locality to other because of reproductive events, temperature changes, or for food.

These sharks possess remarkable features as they have torpedo-shaped slender bodies with a long rounded broad snouts. The dorsal fins are medium-sized, pectoral fins are large whereas the caudal fins are heterocercal. Talking about the coloring scheme of sharks the name “Bronze Whaler Shark” already gives you an idea that they are bronze greyish to olive green in color. The large circular green-colored eyes provide them a good vision during the night hours. The eyes are covered with a nictitating membrane which protects them from injuries.

The narrow triangular-shaped small teeth allow the sharks to grab the prey and kill it in one shot. Approximately, 63 to 65 teeth are functional at one time while the rest of the teeth keep waiting for their turn to become functional teeth. The sharks can attain a maximum length of 3.5 meters and weigh up to 304.5 kg.

The Bronze Whaler Shark are bottom dwellers and feeds on several dietary items such as:

How Does Bronze Whaler Shark Reproduce?

The Bronze Whaler Sharks are viviparous which means the fertilization and development of the fetus take place inside the mother’s body and after the completion of the incubation period of 11 to 12 months, the female gives birth to 12 to 15 young pups on average. The age of maturity for males is 13 to 19 years whereas for females it’s about 20 years. It is believed that the shark can live for a maximum of 25(for females) to 30 years (for males).

Yes! Life in the ocean is not easy as we imagine. The Bronze Whaler Shark feels threatened by larger sharks such as Whale sharks which prey on the young Copper sharks. Outside the water habitat, overfishing and finning are the two major threats imposed by humans. Humans catch sharks for fins, oil, and meat. Due to overexploitation, the population of sharks is declining from time to time, and are listed as Near Threatened species by IUCN.

Bronze Whaler Sharks also known as Copper sharks came into the limelight due to their remarkable color scheme – bronze greyish to olive green color looks stunning on them. The sharks can attain a maximum length of 3.5 meters weigh up to 304.5 kg and can live for about 25 to 30 years. However, overexploitation for human consumption results in the disappearance of sharks from the ocean water. If such practices will continue then the sharks may be labeled extinct by IUCN in the coming year.